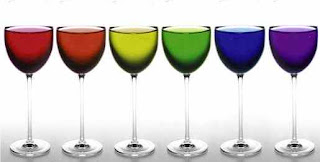 On a solo venture slowly shifting up to the LGBT stall at a crowded Freshers Fair 'clubs & societies' event, I approached cautiously with a kind of meekish trepidation suggesting I might have been just a little bit embarassed to do so. But why - was I experiencing my very own Gay Shame? Listen, "there is nothing wrong with being gay, you big gay" I calmly told myself, but there is a certain stomach-curdling dread at the realization that one might be deliberately choosing to alienate themself as part of a labelled group at the cost of so-called individuality. Surely the LGBT means being lumped together as a violently visible brigade of patent eye-sores: radioactive peroxide gelled spikes; studded Topman belts; beltching lesbians; and the odd rabbit-in-headlights tranny who looks like Liz McDonald's just had that one face-lift too many. Thank heavens that was only the bunch of freaks sitting behind the rugby table (which still does not explain why they were offering me lube, condoms and fisting gloves though). When I eventually turned up to the launch night of my first LGBT meeting, any perfectly rational discrimination was quickly dilluted into many lukewarm vodka diet colas and soon enough a weekly gathering, consisiting of judging others and deciding if people were goodlooking or not, became impossible to resist, like heroine or ITV's Loose Women. The LGBT certainly never affirmed my individual gayness to new levels of Kylie, but it did not do me or the people I no longer stay in touch with any harm either.
Posted by Diva Incarnate at 18:47