But baby don't ya lose that thunder 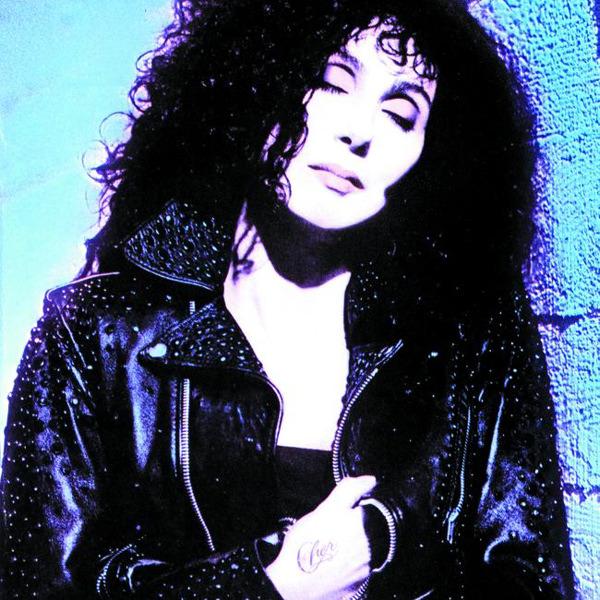 By 1987, it was almost a decade since Cher had enjoyed any considerable solo musical success, but having "conquered Hollywood" she was propelled by a huge surge in popularity and a critical acclaim that had previously alluded her, which meant the time was ripe to make a so-called comeback stab at that singing hobby she had. An album soundtracking a bold new beginning, some of these torrid anthems are meltdown power-ballads at their finest, and some other songs are even a bit over the top. In a nutshell, the singer was packaged as a glamorous star with a biker fetish and a lot of expense surrounded the project where she was in the safe hands of Diane Warren, Desmond Child, Bon Jovi and Michael Bolton.

The lead single I Found Someone is one of Cher's most compelling performances, and is a striking synthesis of joy and discord. The Michael Bolton production is lush, haunting and dramatic, but it is Cher's tour de force vocals going at full pelt that steal the show, dripping with regretful and vitriolic emotions that are so intense there aren't any words invented yet to even describe them. She sings as someone who has been on the verge of defeat, and does it so loudly that you had best duck for cover. The excessive execution is grandiose and yet harnessed with enormous control. Her titanic vocal inhabits a flamboyant setting of a melancholic and aggressively jaded nature, which provides the opportunity to grapple with the theatrical lyrics (which are in turns wounded and confrontational), whilst parading her pride with a fatalistic tint.

Beginning as an orchestrated ballad, "don't you know, so many things they come and go" is haunting and soft, before stronger guitar steel kicks in, which recalls the structure of the global number 1 Black Rose track Never Should Have Started, which gets played on the radio somewhere in the world every 5 seconds apparently. The angst-riddled song is something of a duel: Cher's past verses her future, her new bit of buff rough verses her old inadequate flame, as well as her own sonic impact verses her expansive emotional force. Such blistering conflict is most evident on the shuddering passion of "And I remember the thunder. Talkin' 'bout that fire in your eyes", which unleashes just one of the song's many dramatic outbursts. The flurry of fury is contrasted with the palpable fatigue of such resignation as "but you walked away when I needed you most" - the push and pull of slap-you or kiss-you. The song may have originally belonged to Laura Branigan, but Cher's version was quite literally brought to life on the David Letterman show where she performed this single, her big comeback track, with ex husband Sonny sitting meekly just mere meters away (singing about finding someone new whilst making sure an old lover has this situation rubbed in his face was rather on the nose to say the least). Cukolding her ex on national television aside, it was a monumental showcase of the star at her vocal peak. She was arguably deliberately trying to craft a new persona of the raw rowdy rawk mama she had been longing to unleash for well over a decade, but her scolding defiance and exquisite delivery was authentic. The vastness of the vocal histrionics put her growing/growling pains to good use, with Cher's quaking scrawl sounding as abrasive as it is breathtaking, bracing and unexpected.

The moody luxury of the sensual power ballad We All Sleep Alone is one of the singer's most stunning vocal journeys. Cher takes it from a cool and contained glide through a series of observations and taunts, which are sung in a casually expressive manner, to the inflamed lust and desperation of shouting ferociously "into the night I'm gone". A vocal showcase on many levels, the extravagance of her singing has rarely been so pronounced and so easily exerted, whether softly gasping or firing from all cylinders. The cackling soars as her backing vocalists spur her on are an essential requirement for any Cher fan. "Yeah!" indeed. She was clearly feeling this one. As Sheena Easton might chip in on a Prince track: it's impossibly to hide.

After her 60s and 70s killing spree (Bang Bang (My Baby Shot Me Down), Dark Lady was dead on the floor, and Gypsy's "papa would've shot him if he knew what he'd done", etc), she certainly served her time with long periods of flops and Vegas incarceration. Now that she was back in business, it was fitting that she would re-offend by recalling her origins as a solo star with the full on rampage of the updated Bang Bang, which is now cranked up by Jon Bon Jovi and Richie Sambora. It's far more aggressive than before to say the least, and the screamed backing vocals are stunning. It's also anything but tasteful, but the sense of gruesome mutilation (no, not her face) more than lives up to the excessive promise of her now more androgynous and aggressive than ever vocal strength. Cher in fact altered the original lyrics to "we both found that we'd be one" to really push the morbid imagery of Sonny's original to the absolute limit, and was clearly having a ball as this version has been one of her most permanent fixtures other than her face. She sings it with such force that the original feels like natural causes, which is something Cher has clearly been against for a number of years.


Main Man is at the tamer end of the scale and drips from the same tap as many of her slick 70s ballads during the soft syrup of the verses. The outpouring of the reliably aggravated chorus kicks the door down and the song into a higher gear (it's surprising it wasn't a bigger hit). The voluminousness sentiment is endearingly naff and old fashioned, particularly so if one imagines she spoke to her 80s toy boys in such a manner. There is the faint whiff of grunge on the murky Dangerous Times, where Cher seems both spooked and strangely aroused about this predicament ("what would you do to me?" indeed - she sounds like someone who has been rolled in carpet and stuck in the back of a white van a few times, and paid for the privilege, if you ask me). The chorus is a lot to stomach, but everything else is seductive and bruised with smoldering guitar edges - it starts out as if it will avoid the power-rock formula, but it's almost as if its writers suddenly remembered the brief and deliver more of the same for the rather dumb chorus that I reluctantly tolerate.

Despite the stellar cast of Darlene Love and Bonnie fucking Tyler, Perfection is another botched-up rowdy rock anthem. The 3 of them together possess a certain charisma that makes the song enjoyable as a novelty item, and there is an undeniable gaudy charm, but this isn't quite an equal-duty three-way affair, which would have been a camp classic for sure if it was. Cher sang back-up vocals on Love's gale-force Christmas (Baby Please Come Home), and Love would go on to tour as a back-up singer on the Heart of Stone tour. Beating herself up about a situation so boring only Diane Warren could be responsible for, Give Our Love A Fightin' Chance is every bit as predictably melodramatic as the title suggests, but the corrosion of guitars and a slamming piano onslaught are gripping if you like that sort of tawdry thing. The chorus makes no sense - the point is Cher is singing loudly and the music is frantic (and that's what the kids were into those days). If you make it that far, the key change is wonderfully ridiculous.

The jittery shimmy of Skin Deep (US #79) won't have given the Pointer Sisters anything to worry about, but this foray into electronic dance music was a soothing breather from the rash of schlock rock. It lacks a major sky-bound chorus, but there are enough blemishes of playful attitude whether she's bothering to sing along to her own chorus or not. A bizarre choice for the third US single, but a refreshing deviation, shedding away from the template of the rest of the record. The outdated feminism of Working Girl isn't quite the missing anthem from the Melanie Griffith movie that came a few years later. Enjoyable on a campy aesthetic of some incredibly clumsy statements that make Geri Halliwell's Feels Like Sex sound like Enya. The sharper singes of synths are appealing on the intro to Hard Enough Getting Over You, but they quickly fade to allow a piano ballad to seep out and the chorus is another power-ballad slog. Laura Branigan returned the favour and recorded it on her final album.

Despite the power-ballad formula being difficult to take in the one sitting, Cher (the album) was an immense showcase for the singer's now hugely powerful voice. The emotive fragrance of We All Sleep Alone, the howling fury of I Found Someone and remarkably deranged re-working of Bang Bang gave the singer her strongest ammunition in years. It arguably wasn't a better record than I Paralyze, but the commitment to the material paid off and the album was her biggest seller since 1971's Gypsys, Tramps & Thieves.

BRAVO BRAVA !! You really capture the essence of the powerful I FOUND SOMEONE! And sorry, Gordon, but that album is way better than I PARALYZE, please!

Ha! Well, I do now think it's better than Black Rose now that I've given it more attention that ever before. But I just think the songs on I Paralyze are a lot more natural in their melodies, and sound like a genuine soundtrack to something. The opening three tracks here are sensational though.

Glad you liked. Hopefully Heart of Stone will be in the next day or two.

I also forgot to say thanks on the Bang Bang info - I totally borrowed your "cranked up" expression, and I never knew Cher changed the lyric before!