After being impregnated by the disco bug with Take Me Home, how fitting that it would take 9 months to deliver her next body of work. The explosive disco massacre Prisoner (of the press) didn't quite hold the charts hostage, but is certainly the more captivating of her deluxe disco duo from 1979. Cher rebelled somewhat and fought to include rock songs, indicating the direction that would soon dominate her style during the next decade (for better or worse). There are no sure shots, but the album is unquenchably Cher, where her eccentricities are cranked up higher than ever before, and her eyebrows (again, for better or worse, but I know which camp I fall under). On Prisoner Cher pleads insanity (mostly of others): the sensitive ballads are locked up, and this is a disco rampage from start to finish. You better sit down kids, this album is a huge favourite.

When Cher's career hit the skids, she hit the road ... to the disco.

Spending much of her career just singing in bars, not behind them, Prisoner is something Cher can handle in her sleep. This is like a faster, disco-fied version of the title track from her subsequent album I Paralyze.  That's my verdict and I'm sticking to it. The singer punctuates her lyrics with no discrimination, carries the whole affair without hesitation, and is aided by some super catchy "eeh-hey" backing vocals that join in like punters in one of those bars she's sung in when the good times got rough. Telling the truth and nothing but the truth, "oh you're such a wicked lover, but you do it like no other" is her final statement, but I'm not sure I believe her - we've all seen those National Enquirer and Rona Barrett's Hollywood front covers and headlines. 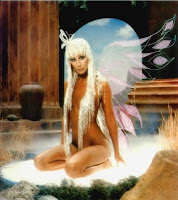 Worth the wait, Holdin' Out For Love argues discontent over the flesh-craving hedonism of Take Me Home's visceral fancy. With a voice that could slam doors, she plays it safe and submits to the smooth groove, which is both scintillating and rather funky. At the relatively tame end of the scale here, the song is sweetly romantic and no less tuneful. Easier to get into than a theatre showing Faithful (in a nutshell: boring film, but amazing wig).

Going for broke on the retail therapy of Shoppin' is far from the album's highest price-tag, but "shop it! wrap it! send it!" along with Cher swiping the pain away with her credit card and a surge of distressed spoken word antics are the kind of spellbinding spending sprees I've always dreamed of.


One of the rock songs Cher snuck in, the exhilarating Boys & Girls is one of the album's biggest bursts of galvanizing bravado. The shimmering rock charge that ignites the song has always been a delight, and the prog rock stomp has a whiff of Elton John to it's crusading showbiz glitz sheen. Cher's scrappy chorus almost trips over itself as she chomps through a bunch of idiosyncratic quips that require repeated listens to work out what they actually are, but it's a galloping sprint in its speed, dazzle and hectic force. The echo that promotes her final euphoric screams and wanton wails is one of my favourite Cher experiences of all time. Don't even ask me what it's about - "you can't spend a dollar if you ain't got a dime" and so on are just amazing pop statements to be enjoyed in a frenzy of similarly jam-packed and blurted out camp soundbites. I need to lie down just thinking about this one. 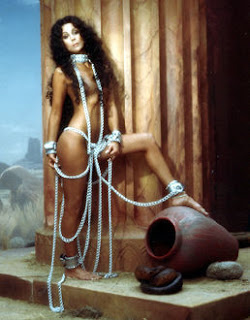 Calm inside the storm, Mirror Image is surrounded by songs full of louder and more brass antics. Casual and chic, it's an eloquent 'reflection' of Cher's feelings towards what can only be described as one of the most bizarre relationships a star has had with the press. I love that we have something fun and throwaway like this to soundtrack her outstanding achievements in fashion and image being so pivotal and yet unimportant to what she represents and who she truly is. It's all about conviction. Would I have the patience to listen to this song if it weren't Cher? Her authoritative charisma and ravishing vocal styling are everything - the disco tailoring is an easy fit, but it is her insatiable ability to flesh out and inject life into cliches, making every word ring true, that really boosts the immense charge of these songs as they really are so personality-fueled. 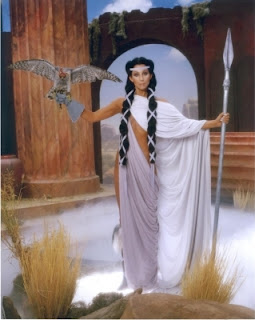 Hell-bent on giving the album a rock slant, the very much disco-driven Hell On Wheels (US #59) fuses some thrashing guitars into the mix on what is an avalanche of Cher-isms. The thunderous chorus, with Cher's fiery gristle sharp like lightning bolts, is an amazing disco-rock storm that brews violently and comes pelting down on you. Squawking theatrically "Look OUT!" is the warning that's roared furiously as if insisting that you don't. In my head, it signifies a decadent crowd surf in the club just to make her way to the powder room.

Catchy as hell, both the lyrics and her vocals catch fire on the anthem of life Holy Smoke! It's a nervous overload of disco adrenaline. There certainly isn't smoke without fire, where Cher adroitly vents her mind and absolutely revels in tabloid carnage and scandal: "If I say go on and shove it, the media will love it - holy smoke!" Imagine Liza coked to the 9s in lycra dancing in Studio 54 - I can't picture a more perfect soundtrack for the unimaginable disco carnage such icons threw themselves into during this era. The lava-flow of disco excess is one big gay coma almost beyond resuscitation (hyperbole can't even come close to describing the pleasure in succumbing to the charms of this track).

Sarcasm-heavy Outrageous must have been something of a theme tune for Cher. Continuing the rough-minded self-survival mantras and rueful tint of Holy Smoke! the track isn't nearly as distracted by what others think of her as it might seem - the sensation is one of casual amusement without batting an eye-lid. The scolding guitar riff, excited jolts of piano and Cher's unmistakably unflinching mannerisms "create quite a racket" and there's no complaints here.

Prisoner may not be as elegant conceptually as Take Me Home, but it's more bold and, yes, arresting. Rather like Living Proof, it followed up an album that spawned a sizeable dance-geared comeback track, and did so with arguably more expense and eccentricity. Allegedly, Cher was hell bent on including rock songs and the initial tracklisting for disco album number 2 had completely vanished by the time a coherent set had been compiled. The disco that sounds like rock of Hell On Wheels and rock that sounds like disco of Boys & Girls and Holy Smoke! fuse together the concept combat at play here. One of Cher's biggest surprises and rewards. With the closing trio in particular, Cher ends her imperial 70s years with a huge bang of puffs, poofs and smoke.
Posted by Diva Incarnate at 01:56

BRAVO! Finally someone doesn't nail that album to the wall! I find it throughly enjoyable - there is also some real weird German remix of the entire album on CD that you can still find (or I'd be happy to send you a copy). It has some very interesting ideas and mixes!

I had the most fun writing about this album since my piece on Stars. I think she's fully embracing her pop extravagance, but obviously she's grappling with it all in the attempt to veer off into rock. I think it blends together wonderfully.

I would definitely be interested in hearing this German remix CD, but only send it if it's not too much trouble. If I get to hear it I'll post here in the comments box.

I'm interested to know more about the tour she went on around this time. I never thought to do any research this time, but have ordered some books as recommended on 'Cherscholar.com' so hopefully I'll be able to put the albums in more of a context.

Thanks for continuing to read.

She did a short casino style tour with Take Me Home (saw it in Atlantic City - the one with the female impersonators - at the time I thought it was amazing! Then I believe the tour changed a bit and she added that big high heel shoe that she slid down - missed that one. I DID get to see her play with Black Rose opening up for Hall & Oates in Central Park summer of 1980 which was AWESOME!

I'll contact you on your email - don't worry about that CD - my pleasure!

Another really great review! Except for "Shoppin'", I love all the songs on PRISONER and I think that it's even better than TAKE ME HOME.

Hi Dann, I completely agree - that it's a much stronger album and that Shoppin' is the weakest (but I do like her soundbites). Thanks for the comment :)