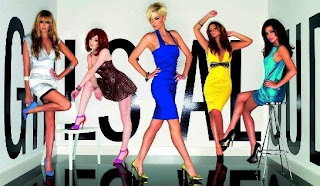 Xeonomania and Girls Aloud have made the album I wanted Cher to make with the same producers. Instead, Nadine Coyle sounds like the neice Tina Turner never had singing with 4 versions of the Norwegian whisper-siren Annie. The wisful Rolling Back The Rivers sees Nads deliver her finest tribute to the existence of syllables yet, singing every conceivable expression with even the shortest of words is her remarkable talent - Nadine is the vodka in the lemonade here (without her, there would be no spike, yet much of this album really is without her). However, Out of Control is really the closest the world has came to recieving a crimson warrior Nicola Roberts solo album: her grimmacing vocal on the taught Love Is Pain sets herself apart, as gale-force pathos is jotted into a falsely jaunty chorus; her intense macabre innocense and sympathetic honesty narrate much of the albums dark tales of severed endings and precautious beginnings. The track is so cold it's positively burning, whereas Turn To Stone is like a gritty slush-puppy, melting with resistance to an inevitable fate.

Sarah strives for the counterbalance of a suffering on the impaired heartache of The Loving Kind - singing "you might be disinclined" is her unnoficial follow-up to feeling "all funk-ay." The lush melacholia is nothing new for co-writers the Pet Shop Boys, but for the girls it's synth-pop heaven - quite simply the most sophisticated Sarah Harding will ever sound unless she ever accepts that invitation from the Queen to come round for some tea (and when I say the Queen, I of course mean Paul O'Grady). A car-wash of sadness and optimistic start-from-scratch survival instincts, singing of car-crash romances has taken it's toll on the girls and finally they are employing disarming new tactics along the way and it works wonders. 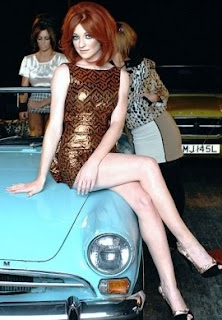 The album's serene highlight is without a doubt (about it) Untouchable - a song with softer tones than David Gray's Please Forgive Me. Distorted reality is dilluted into glistening eyes, and who better to convey unruffled dignity than the queen of utter-ness Nicola. With such static horror and ambivilance, her only way of sounding more calm would be to be dead - she sings softly, but speaks volumes. Reposed romance is gestured with stoic desperation shimmering in glittering guitar chords, and even the deadpan Cheryl makes herself useful for the first time since The Show singing a gorgeous "...everywhere I go-oh-oh" (trust me it works). The girls pass the baton with increasing succession, yet delicately lay things to rest with lyrics more sensitive than ever before. Nadine's fleeting pressense is once more a missed opportunity, but this is minor as the track is tragically epic. Presumably, there is so little of her simply because she had no strength left in those bread-stick legs to stand up long enough to record more than half a verse at a time.

An album mourning love's loss and yearning for it's ultimate return, there is never any huge climax on Out of Control (an album title which promised to reload the same gun that previous track Close To Love was fired so succesfully from), instead Little Bow Wow Wow jerks the more familiar fervor evident on 2005's Chemistry album, whilst the almost-ironicly tracklisted We Wanna Party is a 4 year old Lene (of Aqua fame) cover: Nadine is censored out when the song calls upon her to sneer the word "shit" - with that word in mind, hitting the fan is all but a distant memory here and the album is all about wiping the slate clean once again. Their old bitter-sweet charm has been tripple distilled and is more akin to finger-writing on condensation-frosted glass than Graffiti My Soul.
Posted by Diva Incarnate at 13:57

The best review of the year! Despite the fact that I despise this horrid piece of shit.