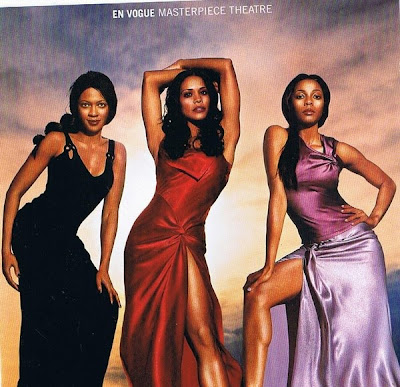 It had only been 3 years after scoring a massive US #2 with the heavyweight love song exuberance of Don't Let Go (Love), and En Vogue were on a schedule no more delayed than any other studio album they had released. However, their cultural moment (Funky Divas from 1993) was a thing of the past in 2000 when they released the very classy indeed Masterpiece Theatre. Surviving without Dawn Robsinson, who left and was always my favourite, it was up to Cindi, Terry and the ravishing vocals of Maxine to deliver something special and special they did. 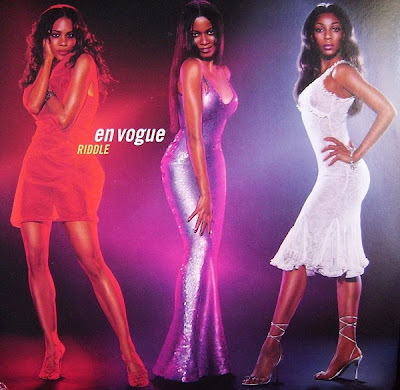 All three take shots at their cheatin' men on the snappy Riddle, which was thankfully remixed by Stargate for its strategy as a single. The album version fits the album's textures, but would have made no sense on the radio (and the louder edit submitted, whilst more emphatic, lost the pay-attention struture somewhat). Stripped down to hang all hope on harmony, almost-acapella No No No (Can't Come Back) can't quite light the same match struck on their debut album. It's polite, but their sass won't give guys boners with their wits and innuendo as it had done before. It's nice and good, but formulaic in the absence of a bit more kink. Under the duvet ballad Falling In Love is gorgeous and vocal technique par excellence (choice diss: 'I'm a business queen in a corporate kingdom'). 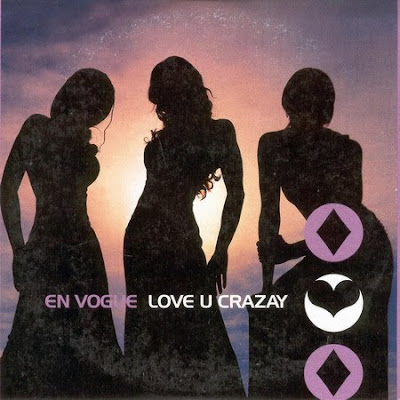 Intended to follow-up Riddle, Love U Crazay was a last minute addition to the album, shrewdly sampling the Tchaikovsky's Nutcracker. The spectacular, almost-opera Love Won't Take Me Out is my own choice for tour de force histrionics. When Maxine growls 'he's so beneathe me' it's a genuine (Lucy) pearl-clutching moment for the type who watch Oprah, which is the idea according to the album's one and only interlude. These funky divas sure can sell a ballad, and the piano-drizzle of Sad But True is part of the cinematic 'suite' concept of the album, and really delivers everything we want from them: sun-kissed, succulent and slightly-superciliously highbrow harmonies ('you must take the time to deal with it'). Oh so true. The film-score sequence comes to a poignant end on Whatever Will Be Will Be, a twinkly ballad that is the album's Too Gone No Fool, Too Long No More or whatever. Sounding frail but undiminished, this one gets top marks from me. My gal Maxine's juice is thick and more calorific than pint of Bailey's (she's not to be messed with basically), upset Terry's chin-up middle-8 hollers from the back row, and Cindi leads the stoic chorus with her crisp top notes raining heaviest. Soothing whilst sounding like utter agony at the same time. One has to wonder what the two cancelled tracks (due to be part of the 'suite') would have sounded like after the girls failed to have the samples approved! 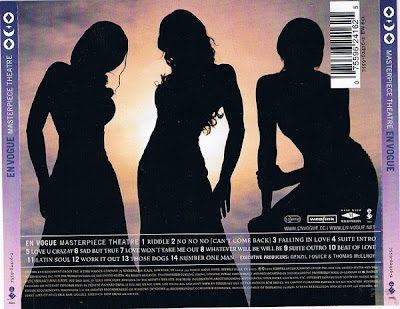 Slow-burning heat gets close and personal on the Shirley Bassey bass-tastic Beat of Love, 'from the jazzy to the cool' indeed. The NME rightly praised the girls for sounding stoned! The only song remotely signifying current trends at the time, Latin Soul doesn't require much explanation, with a bare piano quick step and breathless 'ooh ahhs' second only to Gina G. Swanky 'jam' Work It Out squats all over Beyonce's own constipated turtle-dead of a song with the same name. When Terry gets bored on the phone ('I got things to DO!') she can't help herself ('you need ME! You need ME!'). Where more attitude is needed, Those Dogs exposes the only thing this album needs more of. The memphis vibes oozing out of Number One Man caramalises the album to a close with their honey-treacle a perfect match for the Dusty-ness of it all. 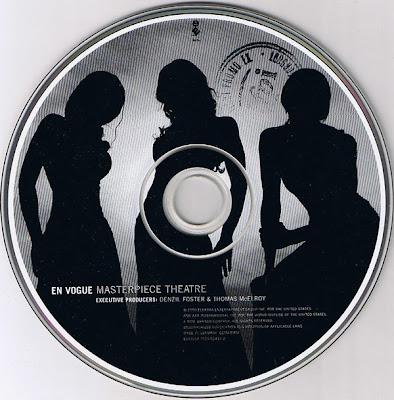 The lighter, but well-thought, production is solid, the girls on polished and ever-elegant fine form, and the songs are cautious, weary and convey their age-appropriate pre-Desperate Housewives heartache issues and bedroom needs with derranged applomb that sadly didn't blast the charts. Their most ambitious, most underrated album - the title says it all.

I loved En Vogue. The last I heard they or some bastardised version of the group - were performing in nightclubs and restaurants. Sad.

They are all back together now, thank God, with new management and working on a new album.

Yes, they were a bit wonky, but managed to knock out the alright-ish Soul Flower and the crappy Christmas turkey, which at least had a hilarious 'Euro Mix' version of Jingle Bells, which is one of the finest recordings of the century I promise.

This was a concept record placing classical/traditional music melodies (notice the Carmen theme in "Those Dogs"), with modern R&B. Hence the title. Very ahead of its time, and interesting. They did "Sad But True" at Night of the Proms in '03, and it really shined with a real orchestra behind them.

Dawn had her project with Lucy Pearl (Ali Shaheed Muhammad from A Tribe Called Quest, and Raphael Saadiq from TTT!), which performed commercially better, though she destroyed the group before it could go further. I'm not big on Dawn, all four could sing, all four were pretty.

"Soul Flower" was a highlight for me, I liked Rhona Bennett, at one point it was Maxine, Terry, Cindy, & Rhona, which seemed to fit. But, Dawn came back for a 958443761 exit, and now they are back to being a trip again.

I'd rather they stayed in anoymity than go back and forth with her. I did a piece back in '08 I think about it. But, as far a R&B goes. They rock. They remind me of the '70's Supremes, with the line-up changes, but like that group, their quality stayed decent. Christmas album notwithstanding, lol.-Quentin

I don't quite know what the deal is with Dawn, but she's my favourite and her look is the most appealing - I personally love when they goth it up Free Your Mind style (the videos for Riddle and Don't Let Go (Love) were also deliciously vampish). Oh, and Raphael was up to something. Dawn MUST be difficult though as she threw away her chance to record So Addicted, which along with Hit Em Up Style, is the greatest En Vogue song that never was. Music needs them to come back strong and emphatic - updates on their classic Hold On and My Lovin' ARE possible.

Their vocal gloss is very much 'diva incarnate' times infinity. I got the Christmas album soley for their Euro-dance Jingle Bells, which I can listen to all year round.

Their live performances on youtube, from their relatively recent UK date, were on fire!