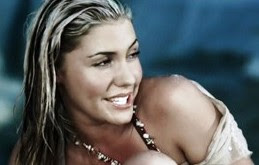 Sarah Whatmore gives her lover the what-for on her legendary J-Lo rip-off Autdomatic and writhed on a beach on the radio-lingering hit When I Lost You, but what happened to the parent album Living Proof?

Are You Ready For Love is sung as if the 'act' is already under way (with or without her would be my guess). Whatmore sounds like a more impassioned Gina G - the similarity is warmly reassuring as Sarah clearly was onto something not bad here. 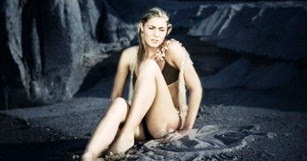 Synths drool down the chin on Don't Let Me Go. Sticky vocoder verses and cushioning ooh's pass the time until the equally glib chorus has a goegeous sunset in mind - it's about as sexy as passing wind but this is pleasing half-baked dancefloor fodder at its best. Further Gina G-isms are evident from the flamenco flutter of Close To Me, which definately burns from the same candle as the album version of Everytime I Fall if you're after specific comparisons, but can't hit the same 'G'-spot, per say, as that song's eventual Todd Terry radio edit or Metro dance remix.

She shares a secret on the clumsily titled No One Knows, a miss-fire acoustic number I think really gives such hindsight listening to these tracks a conclusion that she wasn't a particularly extraordinary dance fiva after all. A tragic glimpse to the Delta Goodrimmer aspirations she is flirting with in 2009.

While the convincing revenge-plotting of Automatic is fully qualified ("you tried to video tape me, then you tried to rent me out" is hilarious), Are You Ready For Love and Don't Let Me Go are promising indicators that she was a mere 2 great songs away from having what will always pass for an outstanding dance album.

Whatmore is like an impaired dance-pop singer - she can't survive without The Remix (her recent 2 singles are very much evidence of this). It seems now she has chosen to abruptly abandon a style that fitted her like Sharon Osbourne's gastric band; it snapped and now it's gone all a bit shit.

Are You Ready For Love
Don't Let Me Go
Close To Me
Posted by Diva Incarnate at 13:41

i think a dannii minogue 'unreleased and hidden' gems type post is up next mr fit as.

It actually is! I've written something... And thanks Elijah, nice name too.