With physical gifts and technical accomplishments her multi-million selling longtime sister could only dream of, in 1995 Dannii Minogue was poised to address her pop present, of which she had longed for the same permanence as her less talented but thinner sibling, and yet before she could shatter the definations of 'dance', 'pop' and 'actress', her 2 previous flop albums suddenly got in the way and Dannii's dance-drenched dreams were denied when her music label got cold feet and pulled the plug on her recording contract. The 1995 Sessions (an intensely likeable pure pleasure machine) makes a clear statement: she wanted to do something big with her big gifts, and it is concievable this just might be a singer who sort of actually really quite likes music after all. An emotional rapture only serial killers can relate to: Dannii (whilst poking nervous fun at rubbish bissexuals) consumates her status as a TV icon with a belated benchmark of contemporary mid 90s disco. Unlike her then-previous albums, it does not merely lipo-suck from the thighs of singles and remixers - it carves out the old Dannii-fan favourite word of having a niche. This disco-charged construction should not be unexpected, but surprise certainlys boosts its immeasurable peaks. 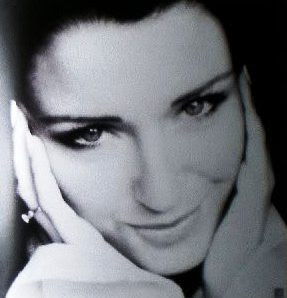 If anything summed up a gay icon's foreshortened horizons in the late 90s, it was Hi-NRG music. However, within this timecapsule to 1995 we are well within the halycon days of the genre, and Cher would briefly turn this notion on its head when a 1998 dance single became the biggest success of her 4-decade-spanning career, which was ironically a Dannii Minogue cast-off. 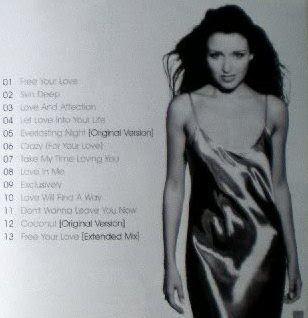 Dannii was set to trigger a renewed respectability of a pop evanescence, which would peak with the Spice Girls and give birth to Britney. Grown from the DNA of Madonna, Janet, Olivia Newton-John and Karen Walker, Dannii got a free ride being an easy target for the press to pick on her, which ironically helped her thrive, as did her marriage, her divorce, her Playboy shoot, as well as flopping too. Kylie-haters spurred her on to make no attempt to conceal her aloof authenticity, thus rendering her an underdog and favourite for The Gays. 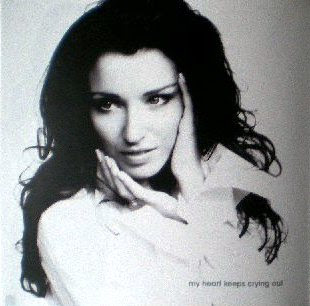 Though I do think Kylie has made terrific records, I have my reservations about how eagerly rubbish gays suck up her amusing teenage-prostitute vocal scam (her cover of Santa Baby is her worst offence, whilst the Danniitastic On A Night Like This - written and produced by Girl knob-twiddlers Metro - is tellingly a live favourite to this day). 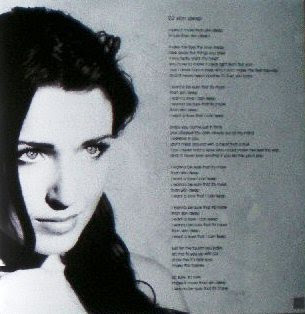 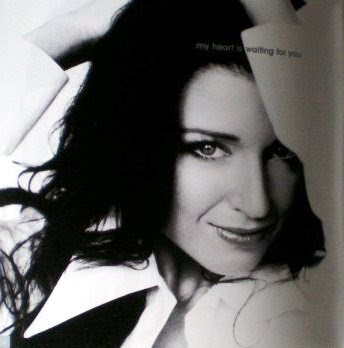 Produced by Italian studio-studs the Rapino Bros (who remixed the definative version of Corona's Rhythm of The Night), the body-friendly dancefloor thrush of Free Your Love flaunts Dannii's free spirit with pugnaciously delivered verses and a thoughtless chorus Whigfied would chop her plats off for. I am sure Kylie's trying to rip it off right this minute, but this is a tailored-fit sheen for Dannii with the same comfortable pulse of anything from Corona's landmark Rhythm of The Night album. There is something risidual in Dannii's voice that gives her songs such an unmistakable boost - those scandalous verses are just perfect (nasal, discriminating, and bent on submitting to a solid groove). 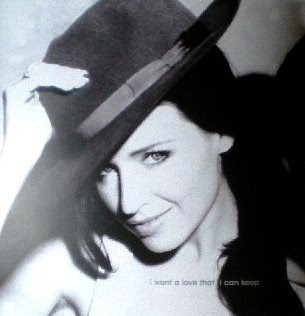 Her into-the-quick vocals are fantastic on the euphoric Skin Deep, with explosively flesh-eating production arranged in addictively messy pelvis-unlocking fashion. Dannii's infectious wailing digs into the frothy euro-pop that is worthy of Strike or Urban Cookie Collective, but is instead produced by Oliver Jacobs (of techno-pop trio Arkarna House On Fire 1997 UK #33 fame, who also wrote Peter Andre's 1996 UK #1 single I Feel You). 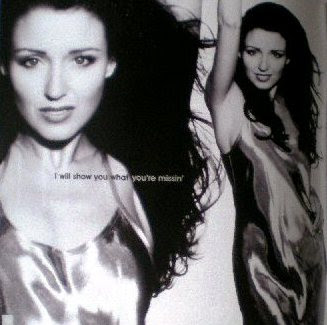 Bizarrely, the skillfully adequate and well-manicured Love & Affection sounds like the 1998 version of Everlasting Night. Painted with vintage disco strings - clearly Dannii hadn't just had her boobs lifted, as the equally perky melody is also almost This Is The Way part two. I enjoy the languid disco feel, gender-gap lyric and compassionately self-promoting vocal flushes. 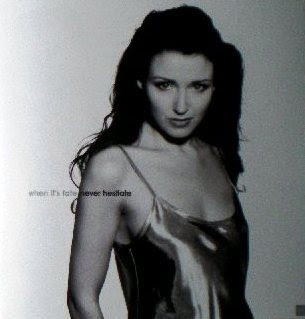 Gays craving a big-voiced R&B singer should probably grab this rough-edged Get Into You gamble. A sure-fire Sabrina Johnston-type production: those in control of their urges should note that nothing else on the album matches Dannii-on-her-knees religious experience of the recapitulating Let Love Into Your life; a jittery, gurning, invigorating and gospel-healing dancefloor baptism, showing she loves a good hook almost as much as Kylie enjoys ripping them off. Further listening: Sabirna Johnston (Friendship, Peace), Mozaic (Halleluja, Nothing In The World). No setback is irreducible here - Dannii simplifies everything, her marched-out chorus is so basic yet confident and powerful with a vocal that channels her inner-singer so grandly and declamatory that you will learn to understand her perfervid sensations just by singing along.

Below: image taken from club-disco.blogspot.com

Claiming the uplifting soda-shaking Gina G sound as her own (with just as much juice), Dannii gets the Hi-NRG runs on the remarkably ecstatic Everlasting Night, which is party jam packed with adrenaline and a giddy sex drive. A majestic intro and full-facial fountain spray of splashing synths do their best to extinguish her unquenchable exhiliration and good cheer, flavouring her gushing and appointed vocals with a rapture that abrasively assails the central nervous system like a decadent ecstasy trip. A definantly rueful celebration: the rampant frivolous energy of her previous hit Jump To The Beat is not merely intensified, but eclipsed. In 2009, nevermind 1995, Dannii Minogue has never sounded so necessary - at just the right side of hectic, the palpitating seizure Everlasting Night is unending pleasure. 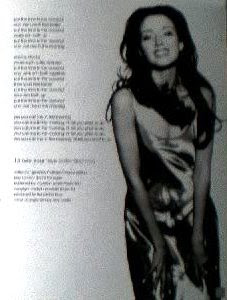 The minor thrill of Crazy is alternately klutzy and yummy, with poor Dannii drowning into the pining chorus. Cleansed with fizzing synths syngeing, it almost activates into the official 2003 remix of Dead of Alive's Lover Come Back To Me, but doesn't. 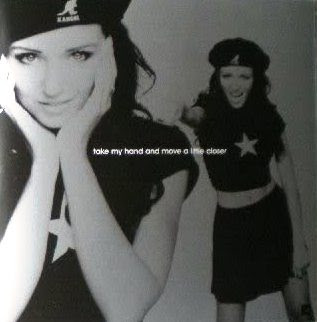 For 2 sensational seconds, Take My Time almost stop-starts into Cher's Strong Enough, but doesn't, and might be produced by Steve 'Silk' Hurley, but isn't. Instead, Gypsy Woman style keyboards milk the juice and sweaty Do You Want It Right Now house beats soak up the impact of Dannii just delivering business as usual. 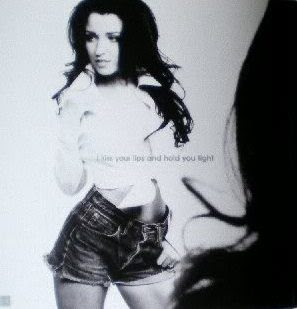 The elegantly cautious Love In Me makes use of Dannii's most expressive vocals ever, taking full advantage of her glass-cut quality on the verses especially. Her silky delivery oozes a one-too-many confidence - the track is nuanced cool par excellence and a new tint for her sultry reportoire. The word-drunk 'wanna get your love in me tonight' is Dannii rubbing her soul with honesty - a novelty fusion of effortless vulgarity and classy simplicity, and its cheesey embouchure horn sections alone will take you inside there alright. Her lithe and dulcet tones are on equal billing with The Rapino Bros glamorous architecture. 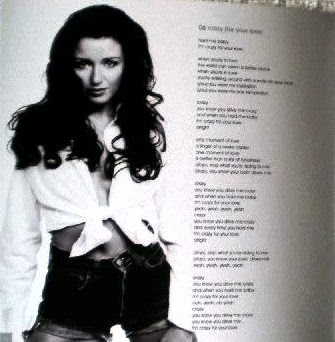 Her dancefloor endurance runs out of poppers somewhat and back into Get Into You territory with Exclusively, which has a bass so deep you'll feel raped. Dannii moans aggressively over a bass-drum thump in what amounts to an empty-headed Paula Abdul-esque neck-snapper brought sassily down-to-date. Falling into the lame R&B grooves of Get Into You is a shame, but is almost forgivable with its can't-help-myself promises meant to be broken. Understanding the difference between her dignity and her genitles, 'all I know baby is you feel so fine,' this woman has thought about the tough stuff.

She fires blanks pledging slow-motion devotion on Love Will Find A Way with its martini-swishing beats, whilst her gin-breath vocals provide a satisfying gloss, and the trotting piano is a decent enough engine for it to get going at least. 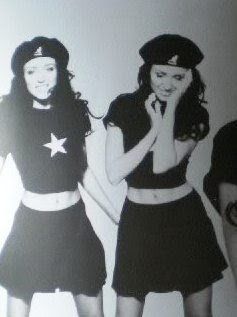 Modern love is getting to Dannii on the Janet Jackson-esque watery-cum ballad Don't Wanna Leave You Now where she takes another lie down - sad, fragile and contained, she gracefully never pretends to belt. The melody might be hidden in her cleavage, but Dannii's quivering weakness for quiet grandeur is catching - the style of beauty here is something new for her, which became a foregone conclusion on Am I Dreaming and It's Amazing. Dannii's distinctly different deployment of stripped down resources and top-rack knack for naked ballads might be worth sticking with after all (see Invitation, It Won't Work Out for further investigation). Dannii emotes inconsistent banalities as if her life depended on them, which must scare the shit out of poor Kylie. And yet there is a chilly unreality to Dannii simulating sensual warmth, but her faux-masochistic maturity would throb with more useful intent on All I Wanna Do and Who Do You Love Now. 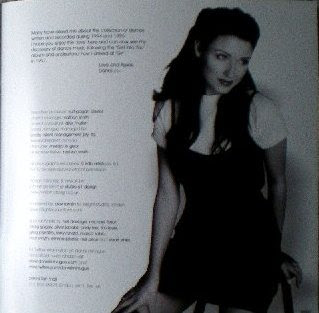 Exploiting Dannii's radical race views ('brother bought a coconut') and liberated dance abilities, she's all set for the loony bin on the party-shaking concoction Coconut, we catch a glimpse at some of the cattiness that would define her misinterpreted X-Factor homophobia ('now let me get this straight' she laughs). We love you Dannii and you love us, we finally get it. 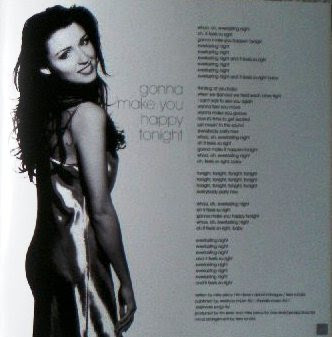 Can I really state a case for arguing that the average record buyer was fundementally insane for not buying Dannii Minogue albums? Perhaps she was too specialized, too rarefied, even gauchely obvious. She might not yet compete with the likes of Madonna and Cher, but Dannii sure does give the delicious impression she enjoys singing possibly even more by flaunting her flops with more pride than her brand new facial expressions could possibly convey without another years practice. While not every song clinks, Dannii skims the cream and her synthetic perfection is an outstanding performance - dance is her integral domain, and The 1995 Sessions is all the proof we ever needed.

Program these: Free Your Love, Skin Deep, Let Love Into Your life, Everlasting Night, Love In Me, Free Your Love (Extended Mix).
Posted by Diva Incarnate at 23:56

I've book marked this post as my favourite of piece of writing in 2009! I love your review and agree with you wholeheartedly.

LOL, what are we like - I feel the same way about your own review.

The album's just so uplifting and incredibly consistent, and I now fear an actual-new new album might be a flacid disappointment...