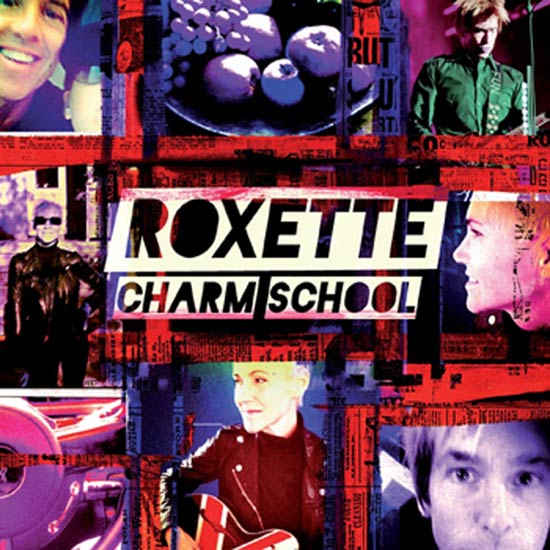 If I ever wondered what a solo Per Gessle solo album sounded like, then Roxette's long-awaited new studio album Charm School gives me a 70/30 idea. Marie's youthful spunk that ejaculated everywhere on Hotblooded is more vericose veins these days, and one can't blame these pop-rock legends for simply acting their age. Worth the effort, these songs evoke soft nostalgia with the odd throbbing electro impulse just to prove that their hearts are still in it.

Rootsy opener Way Out isn't exactly 'rad' or up their with the car-crash charisma of Crush On You (from 1999's popcentric masterpeice Have A Nice Day), but is no less spirited. As per usual here on this record, Per is the main driver, but Marie spikes the chorus with delicious distaste - she's possibly thinking 'and just where do I feature here?'. 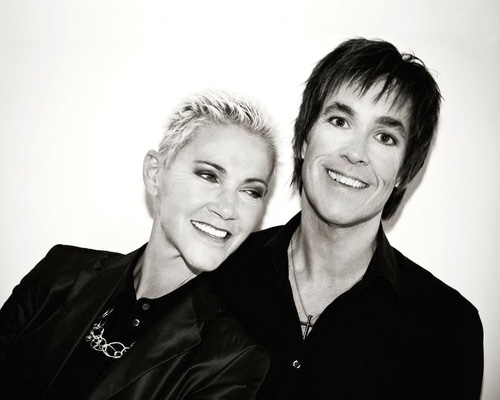 Catching a glimpse of honesty and plaintively stoic elegance, Marie's statuesque ballad comes up next. No One Makes It On Her Own is poignant and restraint, but emotionally crippling. Strings are metaphorical crutches for a narrator who has lost her footing and at something of a loose end. I'm in love with the way Marie laments "causing quite the commotion" with experience and distance. Suffered fools and the consequences glady, it must have been love or something. Those aching backing vocals, like those swooping doo-wopping 'whhooooooaaaahhh' ones from Soul Deep slowed down, are unmistakably Rox.

If I were being kind I would rave about its swanky Girls On Film riff, but She's Got Nothing On (But The Radio) is lacking too much Marie to recommend itself as their comeback single. The chorus has potential - the synth sounds drip like sweat beeds and its exhilirating final lap sounds wonderful once all the final layers are wrapped around Per's lead vocal. Roxette daring to sound under-produced? Things will never be the same again... It's already gone top 20 in my favourite country Germany, so I'm happy for them. Marie sings her judicious middle-8 like she's swallowing thistles and it's moments like these that makes a Roxette fan feel very content and not able to ask for more. A bluesy-80s cocktail that could do with a bit more rocket-fuel to just add that fizz missing in the first two thirds.

The lush emotionalism of Speak To Me is a haunting reminder of Roxette's bristling and seductive chemistry (you can guess whom brings what element). Per's morbid verses are concerned with "bitterness", "gracefullness" and "faithlessness" (etc), shadowed by chugging rock sounds and Marie's signiture moans, and that feminine treacle of hers is a neverending supply on the power-ballad chorus. This should be their chart-hitting UK comeback single - it's just great.

Marie's physical gifts have never tempter her to overdramatize and even calling a song Glad You Called is as unpretentious as it gets, addressing a nervous relationship problem (I'm guessing something a bit more high brow than chlamydia), sounding like one of those 'zany' Tourism acoustic numbers recorded in a telephone box. Far from boring, Marie's singing a diary entry if not the phonebook. 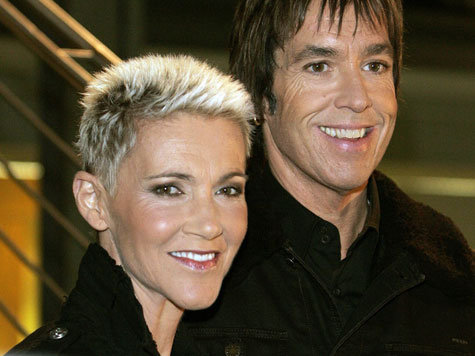 Only When I Dream sounds like one of those 'go to sleep' Crash! Boom! Bang! tracks crammed in right at the end. Marie joins in on the affliction during, you got it, the chorus. And not one to 'bore us' remember, Per overcomes his writer's block with Dream On - where does he come up with such a varied subject matter? Strummy yumminess, like a forgotten and brilliant Brit-Pop b-side.

The album's sole electricized 'stomper', Big Black Cadillac, is another Per-geared drive-thru of hooks flying left, right and centre. And thank God. Marie chips in Real Sugar style, and this could be a single. Choice lyric 'I know he missed my touch, I didn't miss him much' has real buying power from Fredriksson. This track is certainly the boldest stroke here. Single #3 if they drive the album that far.

Marie Fredriksson is a woman, people. Her very female version of Everybody Hurts is called In My Own Way. She's no fool, but "now I'm a woman" is just naff and endearingly so. Before Cher threatens to sue, After All is actually one of Per's perpetual hardons for wanting to be in the Beatles. He's done this better (June Afternoon), and this is fine and everything (chirpy even) but it's not what I want dominating Roxette's comeback splash. Strong, dignifiedB and earthy, Happy On The Outside doesn't hurt at all - poised production and fussy emotions reach elegant heights, with a gorgeous piano refrain.

Making grand demands sound low-key, gorgeous closer Sitting On Top of The World tinkles and wallows in a heavenly aroma of Marie's expressive vocals that make you well up, and production that is soft-focus, off-hand, serene and synthy. And I love it!

The songs mostly don't provoke Marie's signiture vocal attitude (at least for any sustained length beyond cut-throat middle-8s or chorus cackles in between a lead from Per), but standouts On Her Own, the gristly Speak To Me and Sitting build to high emotional climaxes. They cheer the fuck up on Big Black Cadillac and those greasey fucked-up chords on the slightly uncomfortably sleazey She's Got Nothing On. The floppy acoustic songs mostly sung by Per, which dominate this album, are not so much impressive as they are stellar. I prefer the pent-up punchiness of "gotta, gotta, gotta, gotta crush on you, uh hu" but will take my country-tinged Way Out and less-immediate fuel of Limosine where I can get them. The production that once knocked me out and made me see stars (the hi-NRG belter Stars, the Chic-meets-Duran Duran explosion of The Look, and the swooshy bittersweet aspirations of One Wish) has dissolved into grainier riffs, unhurried grooves and subtle remembrances. That's not to say that Roxette don't go for it - there is not one single dud, but my youthful cravings for the illusions of the remarkably wearable Dressed For Success, ice-cold foamy power-ballad fizz of I Could Never Give You Up and fresh-faced romance of Paint (we were promised a return to the sound of Look Sharp! remember) are put aside to enjoy softer sensations and the occaision fuzzy glow of 80s rock. The live CD is pretty essential - Marie begins to relax and sweetly marvels "oh my God". From it, Silver Blue steals the show.
Rating:
8/10
Posted by Diva Incarnate at 19:53

Hi, thanks for this very good article to Roxette, soon, JPAUL

I bought it yesterday.. And I am still listening :)

Hope you enjoy it!