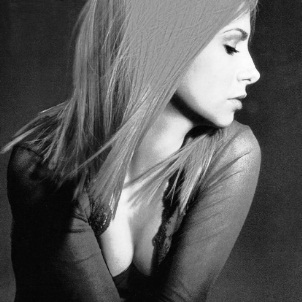 21. Vitamin C - Sex Has Come Between Us / Last Night
10 years too old.  Poor Colleen, she made the best pop princess album of the naughties, but looked like Britney’s babysitter. The slightly morbid lust of Sex Has Come Between Us is slithery and agile enough to rival Holly Vallance’s State of Mind and B's In The Zone alike, and pre-dating them by nearly two years. The More album is an outstanding pop document. Last Night is of course the well scratched cover of The Strokes breakthrough hit put in the disco spin cycle with Blondie's Heart of Glass instrumental: utterly cheapskate but creates a high price tag for itself. 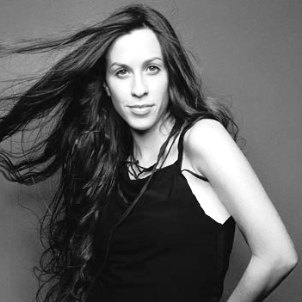 22. Alanis Morissette - Front Row / Thank U
Like having a million dictionaries thrown at you and being completely transfixed – like being in the chaos of someones dream. Thank U's unforgettable dangling carrots and Glenn Ballard's production that was on the same scale as Massive Attack in moments like both of these songs.  Other album highlights: Baba, Are You Still Mad, Unsent, Joining You, I Was Hoping and The Couch. 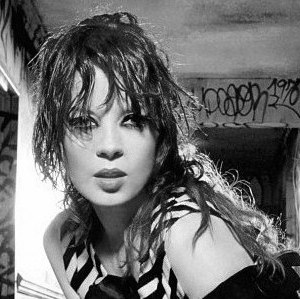 23. Garbage - I Think I'm Paranoid
Pugnacious robo s&mer Shirley has 'issues'; confrontational and angrily beautiful. Manson’s irrational desire reaches breaking point, the fury of the chorus is channelled into one of their biggest and best choruses (the glam-grunge sneer-fest Only Happy When It Rains probably should have been my choice, but this song is just cooler).  Her heartbreak sounds like an anorexic staring at someone eating pizza: completely miserable and just waiting to pounce. 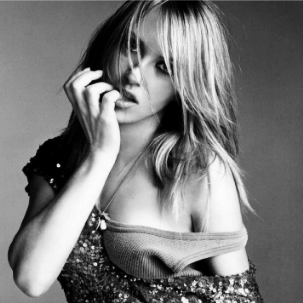 24. Liz Phair - Polyester Bride
Polishes herself off to play Sheryl Crow at her own game and music wins. “You’re lucky to even know me, you're lucky to be alive.” Whitechocolatespaceegg will also see you around if you’re clever enough to be alive and buy it.  Go on ahead now. 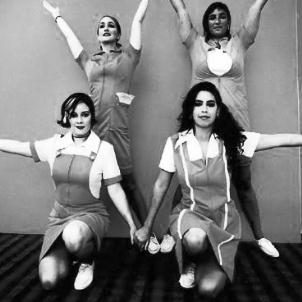 25. Luscious Jackson - Naked Eye
Hypnotically aloof and ice-cold, Jill’s calculating rap decides “wearing nothing is divine”, the sleek vocals compete against murkier sounds, all working together separately but in unison.  The chorus is built from three lanes: the main vocal and two shades of backing vocals that wrap together like ribbons. Quite the package. Like this then try: Under Your Skin, City Song, Lady Fingers and Nervous Breakthrough.
Posted by Diva Incarnate at 17:06

Of all of the songwriter's of the '90's, I think Alanis was brave enough to keep pushng her music & not try to repeat any one moment in her backlog. The result is a fantastic body of work, each album unique onto itself.

You know my thoughts on Ms. Fitzpatrick, one of the biggest bundles in pop of the last decade.

Garbage is fun, I don't think they've held up as well as their contemporaries The Cardigans or No Doubt. When they tried to reinvent themselves ten years ago on "beautifulgarbage," people really gave the hell, still think "Androgny" is punk meets fashion drama. That said, Shirley is great, looking forward to new stuff from them.

I'll take your word for it with regards to Alanis making each album sound different. Personally, I completely sidestep Jagged Little Pill these days (I will go back to it eventually) in favour of the more elaborate spectacle of Junkie and the more recent Flavours disc, which really resonated with me. Hands Clean and Out Is Through are basically the only singles I know from the 'other' albums - I think I have the one with the red, yellow and blue cover though.

It's weird that both Garbage and No Doubt did reinvent themselves at similar points in time, but had very different measures of success with their experiments. No Doubt did of course have a different approach to this, with their producers and collaborators. Hella Good really defines what was happening in pop at the time for me, and I guess Hey Baby and Underneathe gave the album the most fuel in America (outside of the States it sold quite poorly!). Beautiful Garbage is not my kind of album at all, Shirley looked a state with her bleached crop do, and only Parade caught my imagination, although even that one sounded quite thin compared to the denser productions before. The middle-8 to the Britney-Colleen-Holly sounding Androgyny is quite nice though.

Then Bleed With Me just wasn't committed enough, and Sex Is Not The Enemy was trying too hard to make that pop song again. I guess Garbage are a pop band though. Do you like Curve? If you haven't maybe you'll hear a similar style: Horror Head is their masterpiece, but songs like Sandpit, Want More Need Less or the more aggressive Hell Above Water demonstrate they weren't fazed by imitators (the argument is that Garbage ripped them off).