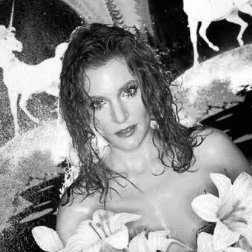 11. Gina G - Ooh Ahh ... Just A Little Bit
From it’s immediately recognisable camp siren, it’s gushing sprint to articulate her groin-orientated feelings, and simultaneously the most embarrassing song to own up to loving (oh yes it is).  My obsession with Gina just won’t ever diminish. The album was a total fluke of course, but it was near immaculate (only the soggy Missing You Like Crazy wasn’t invited to the party). Every track a dance-pop convulsion or ballad with a sleek and chic mid-tempo gloss, MYLK might only have been a remix away from sounding just as polished, but Fresh! is Gina getting to have her cake and eat it quite frankly - everything about the songs and presentation felt so ripe, the songs at their best are bursting with Gina's gushing lyrics and the fast-lane Motiv8/Metro production adrenaline. Album highlights include the swooning Ti Amo, rampant Rhythm of My Life ("my brother doesn't like you, my sister thinks your cool" is blurted out in typical blushing speeed from Gina), sumptuous I Belong To You, kitsch hollering of the title track, the emotional peak of It Doesn't Mean Goodbye, the flamenco-flutter of Everytime I Fall (although the essential versions are the Todd Terry pop radio edit and the Metro dance version), the euro-groove of Gimme Some Love, the fixated Hi-NRG mantra on the giddy head-spin of Higher Than Love and the floaty trance-wave of Follow The Light. 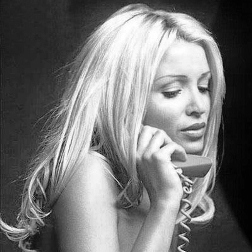 12. Dannii Minogue - All I Wanna Do
Dannii’s plaintive vocals and the majestic production splendour were something of a revalation for the then sibling-obscured Australian singer. Sultry self-loathing or just lust and morbid self-inspection – she is almost certainly singing this song to herself, a craving to connect and face rejections head on.  After her remarkable make-over at the time, I imagine this must be what looking in the mirror must have felt like: so much wide-eyed marvel and euphoric stillness trying to convince or take it all in, but haunted by overwhelming disbelief.  It’s a compelling lyric, and her finest composition to date.  Aching for an illusion she seems to articulate an equal amount of contempt for ("I may not be the innocent girl that you wanted me to be"), and her confessional anguish might be restless but the delivery is remarkably poised and accomplished (not to mention deliciously cold in places), which creates a synergy between the internal themes she wrestles with. The appealing production is an illuminated cascade of graceful dance sounds - no other song on the album Girl quite matched this elaborate construction.  The album's other highlights included the regal and orchestral Disremembrance (imagine Ladytron meets Whigfield), the low key Am I Dreaming that washes over you, Heaven Can Wait (this one sounds lifted from a 60s Dionne Warwick record, and also ignites into its definitive dance incarnation on the strident Trouser Enthusiasts remix), the ecstatic Movin' Up, giving Italian diva Alexia a run for her euro on the rampant piano stampede on Keep Up With The Good Times, the deliciously twisted post-divorce calculation of the dark speed-ballad So In Love With Yourself, and the introspective Everything I Wanted.  However, the treacling and jubilant scintilation of the original 'Innocent Girl Mix' edit that appeared on the belated Unleashed collection, which remains the definitive Dannii long-player (somewhat ironically surpassing her botched greatest hits job with luxurious ease), has additional ad libs that are absolutely crushing in their prettiness and introduce new persuasive subtilties: coinciding with the drum and bass hurriedly splashing like water, spritzing synthesizers that beam like rays of sunlight, and swirling currents of indispensable 90s dance decadence par excellence creating the irresistible rippling charge, usurping melancholic momentum and optimum setting for Dannii's intriguing lyrical bite and enticingly expressive nasal-navigated vocal juice to truly shine. 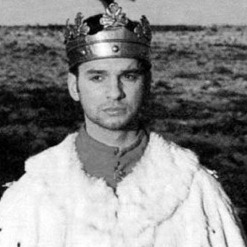 13. Depeche Mode - Enjoy The Silence
The perfect pop song, drenched in gleaming synths, house music pumping galore, Dave's distilled drawl and impish beauty on the verge of destruction, the lingering backing vocal, world-weary verses, an awe-struck chorus that remains jaw-dropping in both its sheer intensity and simplicity, and not a second wasted. 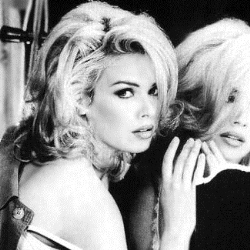 14. Kim Wilde - Can You Hear It / You Came
You Came is her best full-pelt single, but the slinky ballad Can You Hear It has a sulky appeal washed into a mixture of regal nu-wave. Kim has a habit of blowing me away with her gentle serenades such as this, Thought It Was Goodbye and Someday. 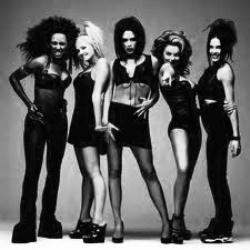 15. Spice Girls - Move Over / Spice Up Your Life
Move Over, to me, is the blueprint for the style of No Good Advice, a chorus and spat out soundbites like graffiti. The most exciting time being a Spice Girls fan: anticipating THAT second album.  I still know the dance routine to Spice Up Your Life and am only ever a full bottle of vodka away from proving it.  Move Over was like their mission statement beyond being the Madonna’s next door girls or whatever.
Posted by Diva Incarnate at 22:13

"Spice Up Your Life" was the record that got me "into" music. I won't bore you with the tale of a 12 year old black boy hearing this song storm out of the radio in the fall of '97.

What I will say is that this song captures the complexity & genius of the Girls perfectly. Not a conventional four-on-the-floor dance cut, but a platform for utilizing the sheer force of will the Girls possessed.

The energy on SUYL is palpable. Additionally, the way they recorded it, the excellent call & responses, the swell of Latin instrumentation on the final "la" before the second verse. And that infamous breakdown that name checks several global styles, before breaking into a clever cultural reference to the "Maori Haka"; a New Zealand war dance cry, usually associated with men, is turned on its head in a fantastic Girl Power way. This is my favorite song of all time.

Dannii is great, I admire your thoughts on her. Honestly, I think you could do a whole feature on her, and I've thought to tap you, seriously for a career guide collobo on Dannii for my site next year. We'll talk. Great work, as always.-QH

Well feel free to raid my Dannii posts for whatever you need - most of my Dannii posts are tagged. I think I've covered her 90s singles, but not the first two albums. Writing about her 1995 Sessions budget release from a few years ago was one of the posts I had most fun writing. But be sure to let me know how I can help. I may be rather busy next year with my final year exams and dissertation, but after May/June I'll have all the time in the world!

I've read I think almost all of your Dannii posts. I plan to discuss it with you on a messenger (AIM/Yahoo) of sorts soon, and just pick your brain. Again, you've got a fantastic ear & perspective on what sometimes can be seen a throwaway arena in popular music. Keept at it.-QH