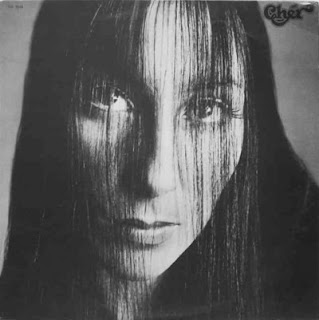 With a voice that hurls and hits you like a bowling ball, Cher's strike rate was at its 70s commercial peak here, becoming her best-selling album until Heart of Stone nearly 20 years, and half as many procedures, later.  After the career-saving small-screen success of The Sonny & Cher Comedy Hour, and quickly following the duo's hit single All I Ever Need Is You (belonging to their very best album no less), Cher completely reversed her fortunes. Her self-conscious decision to smooth out the harsh vibrato of her 60s gravelly bark, by taking what is known in the industry as singing lessons, has now reached full bloom and we have a string of solo albums all ready to showcase just how far she has came. The album was first named simply Cher, but soon chased after the runaway success of its first single by re-naming itself Gypsys, Tramps & Thieves. I would love dearly to correct the spelling, but Cher is after all one of those filthy dyslexics I guess. Although judging by the album cover, maybe she just needed to cut that fringe. 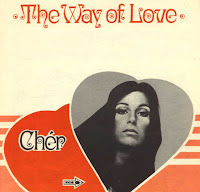 Opening with an elegant ripple, the poised, moist and plaintive The Way of Love is a meditative waltz of lush orchestra, lyrics of a self-preservation nature and Cher's sultry foghorn that scolds as much as it laments. The key change prompts some serious gusto from the singer and it's hard to tell if her heart-felt advice is loud and emotional or just loud and resentful. Inventing homosexuality, Cher shocked the world by ambiguously singing "then what will ya do when he sets you free, just the way that you said goodbye to me?" I think we all now know why Cher didn't handle Chastity coming out as a lesbian: Chas was simply picking her mom's non-surgery wounds open, the selfish buffalo-shouldered bitch. Regardless, the song is immeasurably enriched with her dulcet tone and the soaring roar at the very end can finish anyone off regardless of any gender known to man.

The jaunty stream of slick pop sleazy tender that is the currency of Gypsys, Tramps And Thieves is a speedy riverbed of swirling rhythms sprinkled on top of one of Cher's most luxurious, absurd and sensual vocals of all time. The fact that she's singing rather dark lyrics (fondly remembering her mother stripping as men gathered around throwing money at her, with even Grandpa in on it, is more than a tad sinister) whilst tying it together in such a jolly manner is quite an achievement. Ahead of her time as always, "three months later I'm a gal in trouble" glamorized teen pregnancy decades before MTV. Smirking, sneering and shuddering ruefully "I was 16 he, was 21" with a cold horror that makes me wonder if Cher's shell-shock tale was yet another victim of a certain shell-suit BBC predator, which takes suffering for one's art to another level (he did introduce her on TOTP to sing I Got You Babe). Originally called Gypsies, Tramps and White Trash, the title was soon adjusted on the advice of producer Snuff Garrett. Without a doubt, one of her three signature solo songs (even Sonny & Cher arguably had two of those). Her mom was a mattress, her daddy legged it, but she's having a ball putting it down to experience. 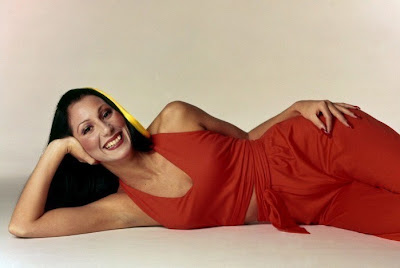 Her affectionate delivery of He Ain't Heavy ... He's My Daughter is the kind of smooth transition Chaz could only dream of. The song may seem lazy or slightly corny, but I happen to think it plays to the androgyny of her grimacing croon. With her gravy-gargling chortle simmering at peak temperature, Fire & Rain is unmissable. "Oh look down upon me Jesus" sounds like a knowing comment regarding her own career resurrection. I'm imagining I'm In The Middle wasn't Diana Ross's favourite dinner party soundtrack when she, Cher and their (presumably not shared) lover Gene Simmons all lived together by the end of the decade. The sulky verses are saying "don't test me", but Cher's still the doormat on the chorus ("and it looks like a lose again"). The chorus is still sung in a happy 'too medicated to know any better' sort of fashion. 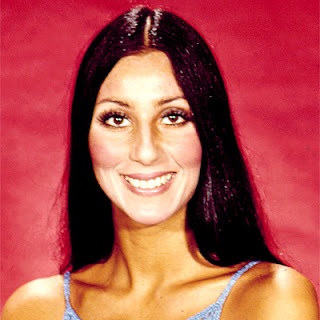 Bellowing hot and cold, Touch And Go's dream-some verses pour like wine before the anthemic chorus goes off the boil, mixing the exquisite range of her voice to beautiful effect. Her unique emotional access, or excess, makes this an easy highlight. On I Hate To Sleep Alone, time travels back to her musical beginnings and boy is it a delight. Sounding exactly like many of her 60s strokes it continues to amaze you anyway. The vocal command is a walk in the park. When You Find Out Where You're Going is worth bearing with as it really does get going. With a skipping tempo that flows into a familiar folk-pop fantasia, it's all very nice and well, but the final 18 seconds are particularly rousing. Wailing in an indescribably moving fashion.

He'll Never Know is softly deflated, and aided with a spiraling piano going around in the same circles as her emotive state of confusion. Her voice shudders under its own immense volume. Sign of the times ("the husband and the son I have built my life around"), it's not something I even try to get behind, but the full storm of her bulldozing melancholia of that awakening chorus has always been charming. The slightly corny backing vocals rain down like grated cheese, but I can't pretend I don't love the theatrical presentation. From a shy beginning, it's a heroic climb. An emphatic delivery of the One Honest Man's chorus (hollering furiously "why can't I find and honest man?" a good few times) gives a lovelorn composition a seething execution that seems to answer her own question. Sonny had better duck. The way she sings the verses, through gritted teeth or with deflated resignation, rings the emotion out of this song like a sponge.

With her career finally back on track, what could possibly go wrong?
Posted by Diva Incarnate at 01:43