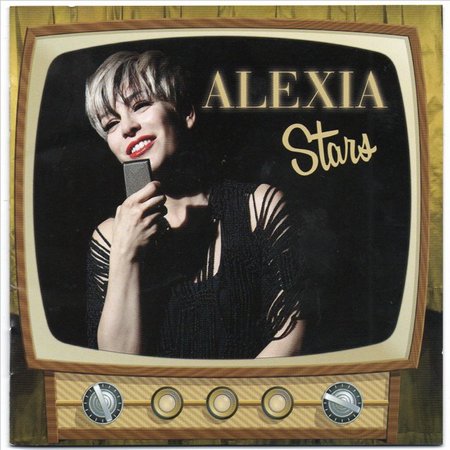 Italian former icon of dance Alexia is at it again with a new album called Stars, and the big surprise is that it's not a complete bummer for those still yelping 'uh la la la' at the mere whiff of a good time. The MOR arrangements now have a shinier gloss, and she even commissions a long-overdue remix from old collab-whores Almighty for the title track. 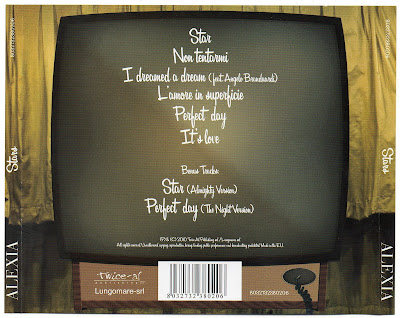 The singular title track Star has officially became her first properly listenable single in years. Her vocals are sleek and sharp, singing in both English and Italian. Bookending the 8-track 'album', the closing Almighty edit won't have you burning your nostrils off with poppers, but the reunion is a classy trance-trodden treatment.

After spicing up her reggae-ruin Uh La La La into a Spice Up Your Life style anthem, acknowledging the dancefloor again after all these years really suits her. The song itself is a melancholic feel-good flourish of shimmering guitars that Chicane might want to borrow, streaming piano spirals and a vocal that never touches the ground. 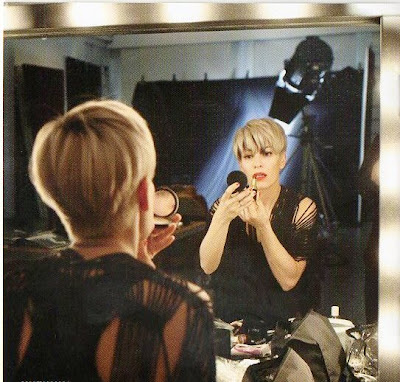 Don't be scared: the guitar-driven Non Tentarmi is vivacious and engaging; the absolutely lovely guitar-driven L'amore in superficie is a shimmery showcase for her tongue-rolling passions, whatever they are; the guitar-driven I Dreamed A Dream is thankfully not a Subo tribue, and instead is a fragile-versed/Roxette-chorused rousing original number not a million miles away from Alanis's Head Over Feet once it finds its own; the guitar-driven strum-fest It's Love is more guitar-cycled and effortlessly sexy with a rainbow-sprouting chorus identifying a secret emotion I could not possibly reveal; and the guitar-driven Perfect Day is laidback, finding both groove and melody, but the Night Version remix gives into languid Rn'B that is as good or bad as some of Madonna's night-time stories. 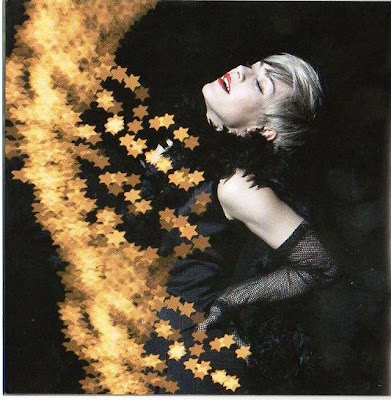 Shooting out from seemingly nowhere, Alexia is a diva revitalised on a long-overdue flush of decent melodies on Stars, not least on the soaring title track, and even gives in to her rabid 90s fans' dancefloor cravings with a trance-tastic and nostalgic Almighty remix. A very enjoyable mini album full of intimate arrangements, lubricated guitars where it counts and a voice getting the material it deserves.

I remember her famous song "The Music I Like". missed her.

I love that one too - it only just managed to scrape into the UK top 40 unfortunately.