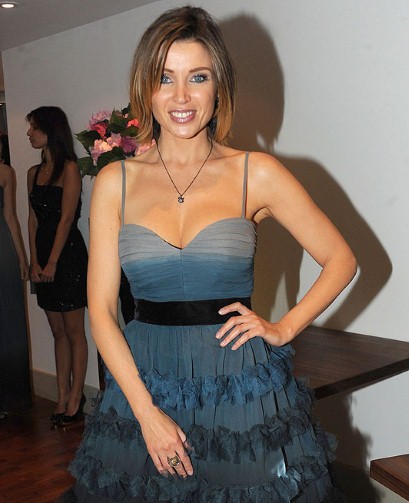 In a word: Wagner looks like My Little Bison from the makers of My Little Pony; Mary looks like diarrhea in a dress; Cheryl looks like Nadine with a budget; Simon's face is so frozen Kerry Katona is keeping her dinners in it; and Dannii's Joan Collins fetish delivers a throbbing hard-on tonight.

Wagner is first out, groomed and tucked in and does a passable take on Radiohead's Creep - the song's point is almost to not sound good anyway. Remembers Fake Plastic Trees from Clueless.

One Direction have nice hair. My jealousy, and age, render my opinions slightly impotent. Above: "it's not Terry's it's miiiiiiiiiiiine. Peace out to my darter."

In her VT, Mary is wearing a fleecey-poncho and looks like a wig-wam. Her bingo wings shudder with motherly determination and the song is actually rather lovely. She is humble, not entitled at all, and if you don't know that already she still wants you to do it all for her daagh'er. Her daughter.

Rebecca also has a daughter, the same amount of daughter as Mary and also the notes she can sing. Sounding like a tuneful wale giving birth on land. Using her Liverpool accent to sound stupid and unassuming is an insult to her city - it's such a cliche it's not even funny. With a face that looks like an easter egg when her hair is scraped back, Rebecca has her hair scraped back tonight and looks like an easter egg. Rebecca's distinctive standing ability makes me want her to walk on a treadmill next week - same effect, but 110% more nice, different and usnusual.

'Rexia ragdoll Cher is like that wart you know will eventually go away but can't really do much about. She thinks you need a new girlfriend and I think she needs to stop throwing up her dinners. She quotes Britney: "I think I'm ready now". I'd like to quote Gloria Estefan: "go away now". Matt's arms are soul-destroyingly covered up. 12 girls spread their legs for him: lucky. bitches. He is head and shoulders, but strangely no neck, above all the other MOR over 25 male contestants Smacking it? Yes please, Matt.

The Kwik-Save Lady Gaga, Katie is given the elusive final slot. Her post-chemo crew cut is officially the new new-real-her, and it's actually the best of the night even if it's a bit mannered deliberately to create that kitchen-sink drama effect. Dannii is spared having to lower herself by commenting on it.

Shit! They are singing two songs? Oh fuck that, I'm not reviewing two songs.
Posted by Diva Incarnate at 00:06