The stark aloof glamour of Grace Jones was introduced via a throwaway disco cut I Need A Man - a glossy if generic disco impulse. It's the only track here really rendered with her adgitated lust. With vocals as if her tongue were a tattoo needle, it's a novelty to hear such faceless productions being chewed up by such a legend earning her stripes. Buried into a camp disco send up, Send In The Clowns is pleasing but sounds more like Boney M. Her tempestuous eroticism is tinged with the melancholy of the original's ballad treatment whilst the disco encouragement illuminates sympathetically. 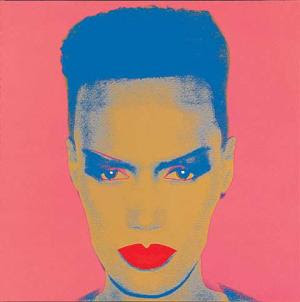 The non-revelatory What I Did For Love is another elegant rueful disco slumber - she sounds about 80 on this. 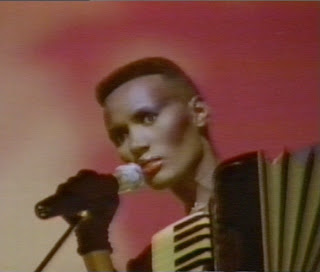 Tomorrow is horrendous. There is just no bond between this song and the genre of disco - it's a bad marriage and thankfully these two never saw each other ever again.

The album reached it's soaring peak on her surprisingly vulnerable version of La Vie En Rose. Lush, languid and lascivious, her 4-octave crooning miaws into dimensions of vast confliction and seizing rapture the singer isn't often given credit for. The smooth arrangement nearly blurs into jazz, but to hear it is to be grateful. 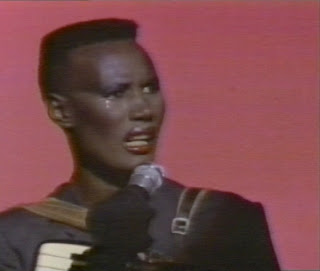 Her sensual-but-distant voval groanings are well suited for Sorry, a track where she sounds anything but. 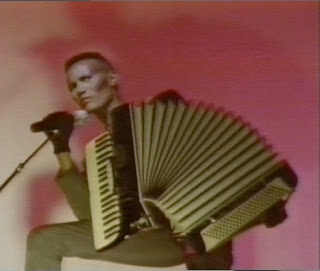 That's The Trouble. More disdainful howling. More of the same. 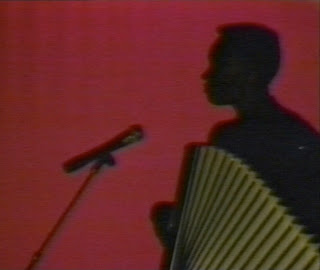 The album lacks her decadent glamour, but the flamboyance is applied thick regardless of her often flat performances - when she comits she eclipses the camp fluff this really is. Her trademark sexual scorn is absent, and Portfolio's stubborn disco is perfumed with a fine attention to detail, yet the results deliver nothing new beyond bodiless arrangements struggling to really sell the potential of its wonderfully determinded singer.
Posted by Diva Incarnate at 20:21