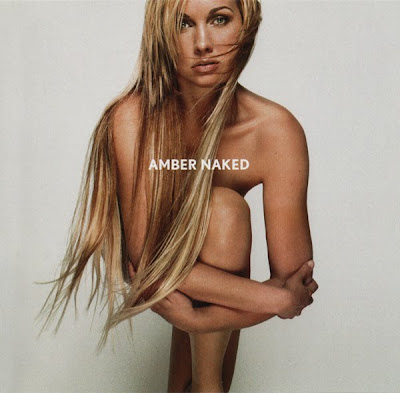 Ditzy Dutch dance dealer Amber's surreal expressions of sexual politics pick-up a unique momentum as she collides into a melodic oddness that her contemporaries could only dream of. Her skirt-raising goodtimes 3rd album Naked is a sophisticated affair unafraid to beat around her own bush. Her voice - like aspirin dissolving into syrup - holds firm with a mellow contemplation enough to still make it exuberant when it needs to be. 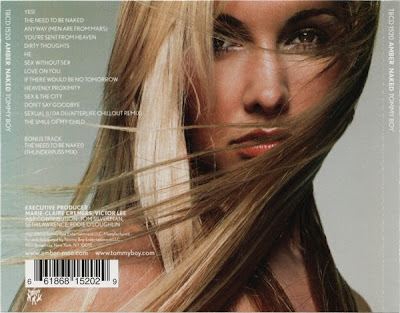 Skin on skin opener Yes! is an orgasmic Hi-NRG build up indicative of the silky grooves of which as here flare up into wave-crashing house splashes. Ambiently sublime, when it erupts into the 2:42 rave-up, the grimacing chorus is clarified with her earlier Real McCoy beginnings, a fleeting flashback nod to Runaway perhaps (if only this segment was sustained longer if not throughout). Only Amber's thigh-aching vocals could convey the sophistication of a man 'going down on me so I can feel my breasts'.

Clarifying things further, The Need To Be Naked sounds like a lost late 90s Metro or Thunderpuss production - crisp and clear melodies syngeing with a dance template of throbbing succint beats and jaded guitars.

'Youre so jealous, no I am not!'
The tentatively beautiful Anyway (Men Are From Mars) thaws with oozing 'doo doo doo doo' cooing that absorbs like cotton wool. Amber's split-screen viewpoint of the sexes distinguishes her unbridled love as seeing past her lover's need to control (hell, sometimes on a Friday night this blogger here is actually after that sort of thing). - 'we are so different, why give it a chance?' she sobs. Her angelic chorus is steered through misty synths by the speedy promotion of teetering bleeps reminiscent of Kylie's The One. The beats, bleeps and strings amass until she blurts out "I don't know what you feel /should I go or stay? / I love you anyway' tugging her extensions with the ups and downs of being in love with what must be a moron, and to make her benign struggle sound joyful is no easy task.

The album's biggest surprise is the smoothly chaotic eruption of If There Would Be No Tomorrow. Not since Dannii's Get Into You have the barriers between splintering rock and dance been so menacing detroyed, nor have I been so scared, uncertain and turned on in equal fashion. Punctuating 'ha! ha! c'mon!' commands a dancing avalanche of full frontal attitude. Her balm-like vocals melt into the ears as per, but the firework hooks such as her crying out 'people' bookmark it with her unique eccentricity. Amber is smart and crazy: her associative lyrics are perfect fodder to seal over the jagged and crumbling guitars crashing. Simultaneously strident and inspirational. 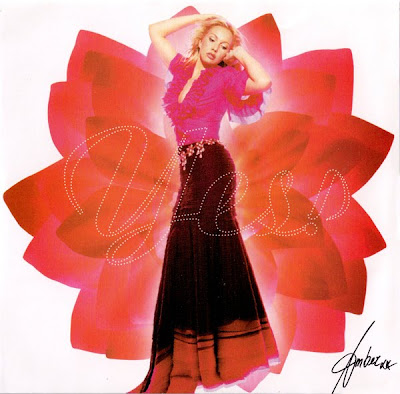 Whether Amber is catholic or not, she can't keep anything to herself - Dirty Thoughts is just divine. It's a double-cream vocal job as she languidly giggles that she just 'can't get off'. Her surreal sensuality reaks of glamorous self-doubt and courageous narcisism. 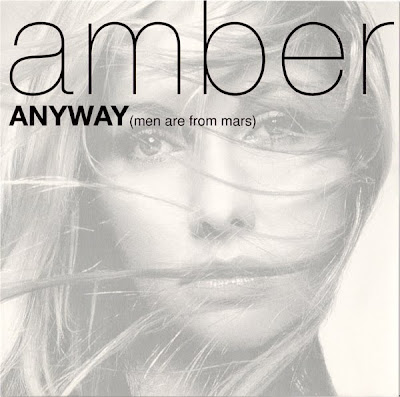 Wet wipe mid-tempo ballad You're Sent From Heaven is a deeper rnb groove fluctuating with flamenco flutters Gina G would kill her career for. She even hires a choir and makes Madonna's Nothing Fails sound borderline racist by comparison. It fades far too fast, which is my only gripe, but Amber's pulse reacts as I for one keep thinking she's going to burst into What's Love Got To Do WIth It. She really nails it. 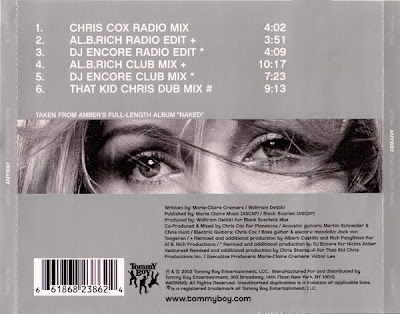 Amber seems to be sitting on her dentist chair with her interesting 'ahhhhhhhhhhhh' backing vocals. He seems to be built of lyrical repitions that sadly don't amount to much beyond a stellar groove. Starting to waver a bit.

The ambiguous Sex Without Sex keeps us guessing yet again. Is it the mind? Is it her new 'welcome mat' design? Explain yourself, gurrl. 'As you watch my mouth' she sniggers. I can't resist the mild drizzly tempo that hints to an exotic life using her unequivocal wisdom, but this takes a few spins to convince you to lie down and take it all in. 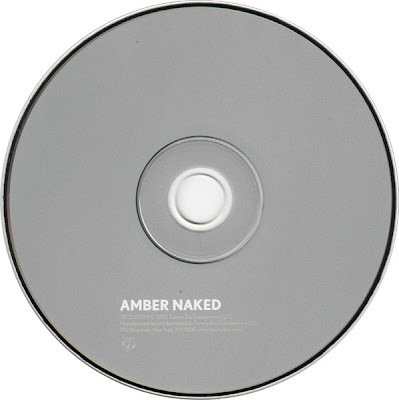 The sunbathing Ace of Base-meets-Sade ambience of Love On You is all smooth and slick transitions with warm vocals filtering through.

Heavenly Proximity could be an album track from Cher's Believe. Despite an almost forgettable dance beat and a hook you can see a mile off, this is another easy to swallow dance cut. Her central vocal is gurning with weakness as ever and her lush self-driven backing vocals are reliably mezmerising - her vague message of, like, heavenly proximity is neither here nor there, yet if her lyrics aren't always decipherable at least her off-hinged vocals never disappoint. 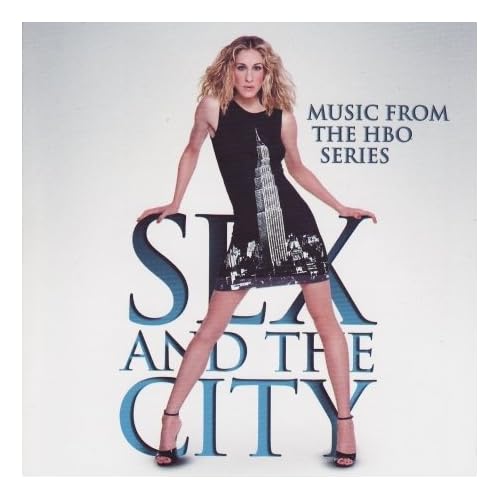 Above: Amber's so-so Taste The Tears was featured on the first soundtrack compilation for the hit HBO series Sex In The City, but her cynical cash-in album cut of the same name failed to impress gays who refused to date girls just to give ladies 'hilarious' stories about gays not being 'real men' or something - Amber's punishment was to record a rock song called Just Like That, but was soon forgiven after Jason Nevins gave her a decent pounding on a remix he liked to call the 'Jason Nevins Remix'.
She takes a stab at penning a Geri Halliwell track with Sex & The City ,which is on equal par with Kylie's So Now Goodbye or anything from Sheena Easton's Fabulous album. 'Gurrrrl, no she didn't' and the LOL-arious 'it turns out that your date is gay' is only going to appeal to bingo-wing women in shit marriages - what strong independant woman is not going to know her 'date is gay' or to the point what self-respecting gay guy buying an Amber album is going to want to go on a date with a vadge unless it's some kind of 3-way? It just reaks of Amber's assumption that this would feature on a soundtrack for the TV show after both Taste The Tears and the classic Above The Clouds were featured in series 2. Intitally unlistenable, it gradually just becomes shit.

Quietning the room, Don't Say Goodbye is about as meaty as an Amber ballad could hope to be. Before you write this off as dull, limp and lifeless, Amber is always viagra for the ears and she carries this admirably.

I am over the moon with Amber's decision to include Sexual (Afterlife Remix), as - purely for Dannii reasons - it seems to make this affair feel that more special and it's not even a fan-release. This is the singer's second - and most lethal - signature single after This Is Your Night. The tide-like chorus seems to wash ashore and melancholically rinse away. The chill-out vodka-blurred arrangement illustrates the helpless sentiments one feels when devastated by another's crippling beauty or paralyizing body organs. The haunting residue maintains the original's exotic magic and probably makes the listener ask new questions to the exposed lyrics.

The Smile of My Child is an uneasy listening attempt at some Liza-style drama, but I won't be bothering to listen to such shit again if I can help it. Amber is her name and cleanly constructed dance-pop jams are her game. That's what she wants us to believe anyway, yet American radio were having none of it, refusing to play the smut on offer on the album opener Yes! The understated sexual angst with suggestive backing vocals echoing the contemplative grooves and her sobre lyrical clarity really sell it. Even on the moments of balladry, she is always sort of compelling. Not many dance divas can call their album Naked and make it seem ambiguous enough to be open to not just penetration but interpretation. The utterly decisive lyrics of Anyway are pleasantly cut-throat, but cynicism gives way completely on the sumptuously drifting chorus groove: when she wrenches out the line 'you're so jealous, no I am not' Amber is just clearly a tradition of her own accord. Her sensual but flaky vocals are vulnerable yet never desperate and even in her most disparate moments there are isolated lyrical gems that make the slog worth it. Her lyrical obsession is of the transition from innocense toexperience, which oddly never loses any of its bump. However, when she ventures away from the formula (If There Would Be No Tomorrow) there is no telling how far she could really go. Overall, Amber takes a subtle U-turn from crazy town and enters a deeper filling of remarkably sophisticated trash.
Posted by Diva Incarnate at 17:48

I love Amber! I'm so excited to see her here. Another great post!

PS. Your Wikio blog ranking makes me cry! You're the Heidi Montag of music blogs. There surely is no accounting for taste!

It's a really good album, I don't think I made the review biased enough!

Oh yes, the ranking is definately in the spirit of our favourite gutter divas.

Have been rather busy of late - will hopefully get back into the swing of it in next few days.