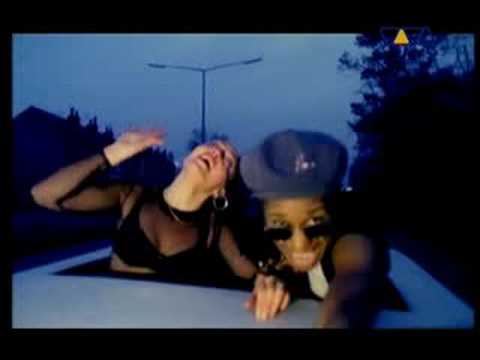 Since sliding down the wikio ratings faster than her dignity, Diva Incarnate's admiration for Kelly Llorenna has merely intensified stronger than the satsuma singer benchpressing a lorry full of fake tan and knock off e's.
Above: in a world full of tanning booths, you can lose sight of it all 'till the darkness that's inside your fried-to-a-crisp eyes makes you feel so small - the Lost Souls Mix is Kelly's very own True Colours; this was in fact the first version of what is now known as Set U Free and since renamed as a separate 'remix'.
When I am in a state of irrepairable rueful despair, whether I chose to be or not, nothing makes the agonising solitary experience of self-indulgent contrived pity more arousing than the enchanting Lost Souls Mix of Llorenna's signature hit Set U Free. Kelly's fire-extinguishing vocal is one of pure rapture and aching vulnerability for her black rapper boyfriend to pledge his monotone devotion ('I'm not a Cassanova / Just wanna shake you down ten times over' is convincing enough for me at least). What Kelly clearly needs most is to be forced through a car wash, only then will she be rid of her demons and 'set free' - in a world where Kelly Llorenna's skin doesn't make her look like a disfigured stock cube, who fucking knows where her career would be - Poland? Romania? Like I said, we just don't know. In the wise words of Geraldine Halliwell: 'go get yourself wet, girl'.
Posted by Diva Incarnate at 00:11

I love Kelly's high octane vocals and perma-tan. She might be a northern scrubber but she belts out a fabulous anthem or two.

She should stick to original tunes like "Nobody Like You" and stay away from horrific Madonna covers!

Nobody Like You was pants, but it's still part of her live act so I suspect even she realizes doing something original pays off better in the long run.

The Voodoo & Serano edits of Forever are still her finest hour. If she were going to cover Madge, I'd have suggested Sky Fits Heaven...

Sky Fits Heaven would be good me thinks.

I was impressed by her I Will Love Again and One Day I'll Fly Away (the biff n memphis version)... Also her All I Wanna Do unreleased thingie is fab. Cost me a tenner from the label!

Her song Electric that's been on her myspace for 20 years sounds fabulous. No doubt it will wither and die like most of her good material.

I expect a cover of She-Wolf from her soon. Or maybe some shite version of a Pixie Lott number.

Electric? You must send that to me....

It was only a snippet. no bugger has it as it is stuffed into the AATW vault (ie Dannii's muff)!