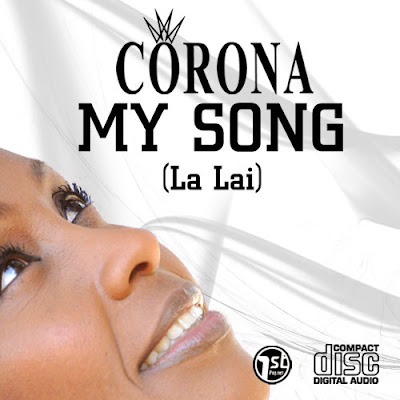 Corona continue to slip new releases onto iTunes without me noticing until weeks later, with the release of singer Olga de Souza's 3rd single from the emphatic trance-pop album Y Generation released last year (my ecstatic review can be found here). Cleverly titled, My Song (Lai Lai) vents her 90s lipsynching frustrations as Olga finally began singing her own tunes herself. The song itself is a standout, with slinky and gently confident verses, which are highlighted by recurring backing vocals emphasizing each line that also link to the songs chorus. As a single, the package includes many trance-tastic remixes that might scare one into thinking she's been signed up by UK dance label AATW.


Above: the new single edit interrupts the sensual rhythm of the album version, but adds a dreamy disco sheen.

The italo-disco sound that Corona has always thrived in is still very much palpable, and the harder rave sounds on these new mixes are a worthy addition, but not quite on par with the stampede of slasa piano keys found on the Norman Price remix of the previous single Saturday.

I have no idea how this album has went down in Italy, which has always been Corona's most loyal market, as has South America where many a youtube clip can be found showcasing Souza's outrageous stage presence, Whitney Houston wig-ripping acapellas of I Will Always Love You (this has to be seen to be believed), and cackling radio interviews that are worth experiencing even if you don't speak Italian or Portguguese!
Posted by Diva Incarnate at 15:10

Excellent! Her website is so inadequate for news - there is literally nothing on it. Unless I am wrong and there is a Corona website with up-to-date information?