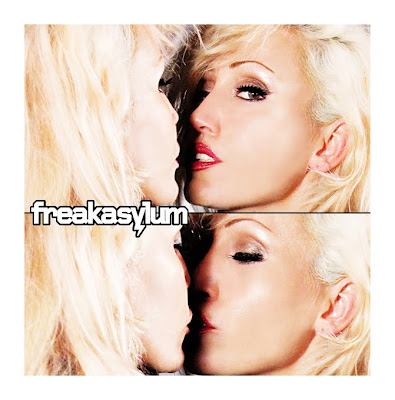 With a voice more explosive than Afghanistan, Kelly Llorenna tells Diva Incarnate that she is ready to rock. Rock n' LOL that is. In K-Lo's most personal internet exchange since her ex N-Trance producer called the singer 'an old slag' on the official AATW messageboards, Llorenna wipes clean as Lola Leethal and fronts the new band Freak Asylum. She exclusively reveals her complex relationship with fake tan, her appreciation for Dannii Minogue and laughs off pretty much everything I had the balls to ask her. Freak Asylum are currently finishing a long-awaited debut album and announce their influences as Gwen Stefani, Pink, Korn and New Order. It was a pleasure to experience the Brighter Day belter get so enthusiastic, articulate and self-aware about her new material, and also be willing to not take herself or anybody else that seriously. One thing is confirmed: this bangers and mash-ups girl is a riot and a half.

Hi Kellz. I am really loving the new stuff - it seems to have given your infamously big voice a new lease of life. What brought on the exciting re-invention?

ITS SOMETHING I HAVE WANTED AND BEEN DOING FOR ALONG TIME NOW...JUST FELT THE TIME WAS RIGHT TO VENTURE OUT FROM THE TYPICAL DANCE STUFF I AM KNOWN FOR...MY "KELLY" DANCE FANS WILL STILL LOVE THIS NEW ALBUM,AS ITS STILL BIG SONGS,BIG BEATS,BIG SYNTHS AND GUITARS,JUST MORE POP/ROCK AND RADIO FRIENDLY...AND HAS GIVEN ME THE CHANCE TO USE MY VOCALS IN DIFFERENT WAYS...WHICH YOU GUYS ARE GONNA LOVE....

You have quite a number of unreleased songs (one of which, the amaaazing All I Wanna Do, is a firm favourite amongst fans) - has it ever been difficult to release the material you wanted or have you always been happy with the control you've been given throughout your 17 year career?

I HAVE BEEN HAPPY WITH THE MAJORITY OF MY RELEASES...SOMETIMES IT CAN BE OUT OF YOUR CONTROL WHAT ENDS UP BEING A SINGLE,DUE TO DEMAND IE FROM A CLUB POINT ETC...BUT ALWAYS HAD A GOOD RELATIONSHIP WITH THE RECORD LABEL,WHERE I HAD ENOUGH CONTROL ETC....

What's the deal with N-Trance - are you guys all still friends or are you glad to have moved on 'forever' as it were? As a huge fan of yours, it was a bit embarassing to read a few comments from Kev regarding your I Will Love Again video where he said you looked like 'an old slag' - have you got him back yet?

YEAH STILL SPEAK TO THE N-TRANCE LADS...WAS IN IBIZA WITH EM LAST WEEK.....KEV AND I ARE COOL...WE HAVE WHAT YOU WOULD CALL A LOVE/HATE RELATIONSHIP LOL..ABIT LIKE SIBLINGS FALLING OUT!!!!...WHEN WE FELL OUT HE ALWAYS DECIDES TO WRITE HORRIBLE THINGS ABOUT ME OVER THE INTERNET,WHICH I AM USED TO NOW!!!LOL....SO IT JUST GOES OVER MY HEAD NOW!!!LOL...BUT YEAH,WE ARE ALL COOL.... 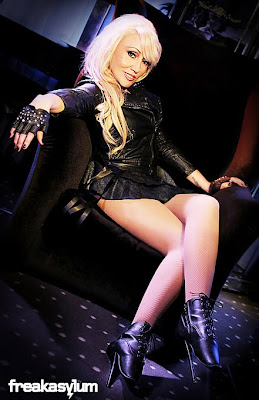 As well as having a really big voice, you're known for your love of golden fake tan and huge sunglasses, which your hardcore 'freakz' all love. Any top tanning tips or tanning catastrophes?

Tell us some gossip about former label-mate Dannii Minogue... You both quite famously get called the 'Queen of Clubs'...

I HAVE ONLY MET DANNII A COUPLE OF TIMES OVER THE YEARS,AND SEEMED REALLY NICE...SO CANT REALLY COMMENT ON HER....I'VE REALLY LIKED SOME OF HER STUFF....SO NOTHING BAD TO SAY...SORRY...

What are your expectations for Freak Asylum?

Why not just release the new music under Kelly Llorenna or even Kellz or Kellogs? Was there a feeling that you had to do something drastically different to get the results you needed?

Tell It To My Heart was a massive solo top ten solo hit single for you. Did you feel pressured to repeat a formula in order to get the green light for future singles? Nobody Like You has more of a housey vibe to it, yet got scrapped after building up really favourable attention from fans...

YEAH NOBODY LIKE YOU WAS A BIG FAVOURITE WITH FANS,AND ME...BUT DUE TO BEHIND THE SCENES POLITICS,IT WAS A MUTUAL DECISION NOT TO RELEASE IT!!!!!...YOU OBVIOUSLY FEEL PRESSURE TO FOLLOW UP AFTER HAVING A TOP TEN,AND NOTHING IS GUARANTEED AS WE KNOW...

17 years in, what ambitions are left?

Recently I heard a song called The Rain by Peter Luts that I thought had you singing on it. Has anyone ever tried to copy you or steal a track that you were after?

HA HA...YEAH THERES A FEW COPYCATS OUT THERE

And finally, would you ever do reality TV? It's kind of shocking that you have never been on Big Brother or Strictly Come Dancing...

HA HA...YEAH I HAVE BEEN APPROACHED FOR SOME REALITY SHOWS AND CAMEOS IN FILMS,SO WATCH THIS SPACE!!!!

Oh. My. GAWD. This has made my year! Amazing stuff, I salute you.

I am in total awe of you!

Getting to interview K-Lo with the orange glow!

I am so excited about this project, the track on myspace is very very very good.

Great interview and i wish Freak Asylum loads of luck with this!

I think my minge has just leaked a weeks worth of goo!

Kelly is the Queen. I am so fucking jealous!

wow, outrageous interview I loved the "voice more explosive than Afganistan" analogy as well, made me laugh hard I tell you!