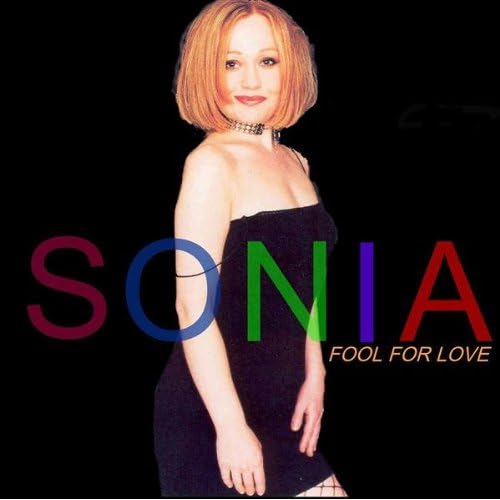 Impish songstress Sonia's seminal PWL hits were chubbier than her cheeks and are bursting with an excitement and freshness not often afforded to the many 'gone tomorrow' stars from that staple. Sozza's more recent public outings include acting like a loud-mouth chav on ITV reality contest Reborn In The USA wherein washed-up pop stars compete for votes singing on the road (I think, I never watched it, even when Gina G appeared). Either she gives really good head or simply had what PWL were looking for as You'll Never Stop Me From Loving You reached number 1 in the UK and Listen To Your Heart was good enough to have been a Kylie, Bananarama or Donna Summer lead single. Finally giving the singing thing another go in 2009, she released Fool For Love. Singing like a cross between a cross dresser and a tranny, Sonia goes deeper than her favourite chiropractor and bangs on about having her dignity in the face of singing on top of a track that would give even Natalie Powers second thoughts. Sparkly euro synths simmer into something sugary, with a bassline stodgier than her addiction to carbs. The Groovesisters Club Mix is stickier and will have more thighs chaffing than a fire drill at Gala Bingo. The JSJ In The House Mix is almost passable as track 20 on CD2 of a Clubland compilation, and toilet flushes her vocals with a slightly less ropey (but less aggrevatingly gratifying let’s be honest) concoction of cheap Hi-NRG thrills.
Posted by Diva Incarnate at 19:07

Quite suprised when you said this was from last year! One glance at the cover and you'd assume it was from 1997. Who wore chokers and fishnet tights in 2009? Well i know now!

I'm sure that is just a fanmade cover. She's very anorexic looking these days - her frisby-face on top of a size 6 body does not look right.

Then again, I'm sure around late 90s/early 00s she got herself a neo nazi-lesbian cropped hair cut that did her no favours either.

If you need me to send you it let me know.

Are u offering to send me her frisby face or her neo nazi dyke hair do?
Cos i'll gladly recieve either!
Lob em overrrrr!
Lol.

You're not flogging your email anywhere on your site, so here is that link:

It's really ropey, but I love the way she takes it so seriously, trying to show off her pipes.