Also-was-er Kym Mazelle is like a Nicki French with actual talent, filling in the gap between kareoke and not having his of your own, and yet capable of open-throat wailing that could rival Corona or La Bouche Version 2.0. Leaning on dance as her crutch, ingratiating herself to The Gays pushes her credibility to the limit, but this is one faceless diva in need of a brief overview.

The juicy-lipped gospel goodness of house jam A Place In My Heart boasts tangled guitars, which dangle with knotted melodrama like a really cheap weave worth giving another shot.

Taking it back to my own point of discovery, Love Me The Right Way was the subject of one of Diva Incarnate's very first posts. Fully drowned in the Rapino Bros glossy Italo-esque piano-drenched signature sound with pumping beats giving Maz Bags the bait she needs to belt out her sex feelings. Very rare for me, I actually prefer the radio edit to the 12" - only due to the omission of my favourite part, wherein Kim whispers her filthy demmands 'I want it so deep' (it just makes the song for me, and who doesn't want their fill?). Proper downturned-eye glamour dance music.

The singer's sumptuous vapours glide onto Was That All It Was as she gushes in glorious fashion on verses that suggest it is true what they say about that could sing the phonebook thing, and a chorus that sounds improvised by a really qualified choir. Frilly disco thrills customize the formula somewhat. 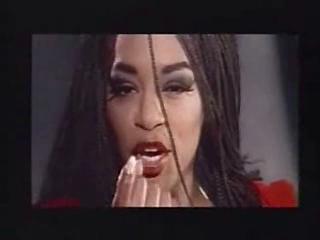 As the whimsical monstrosity of Florence & The Machine proved, Candi Staton cannot be covered. Kim gives it the cool cougar come on on Young Hearts Run Free, and scored a breazily charming and shortlived hit single with it. On fine if unspectacular form, Mazelle wisely keeps it simple.

The one thing all true 90s dance divas worth their tears share: being felt up by remixer extraordinarie Motiv8. Searching For The Goldeneye was a very early song for the DJ, and while it may sound a bit ropey compared to his stronger efforts for Gina G and Mary Kiani, the avalanche of rave sounds give it an edge fans of Haddaway and Capella might crave.

Duetting with the mighty Jocelyn Brown on No More Tears (Enough Is Enough) is braver than most, and despite sounding positively svelte compared to j's obese vocal weight, Kim keeps herself in check - to me Joz always sounds like she runs out of voice despite the power, so Mazelle manages to sound great regardless. Truth be told, they drive in different lanes and there is plenty of fun to be had and their voices gel well together like K to the Y. I usually can't stand camp for the sake of camp, but the joy factor is undeniable. The track shapeshifts with a violence way beyond the scale of such a cheap premise.

The Rapino Bros got it so right on Dannii's Free Your Love sensation, and Kim's own Love Me The Right Way is similarly aggrevating, heaps of fun and utterly insistent. When she's on good form it's a blessing and a curse that the 90s were filled to the brim with such singers, of whom many deserve a better destiny than cruddy PAs and reality television appearances to pay for their new bathroom. This list is merely a starting off point - Kim has much more where these come from.
Posted by Diva Incarnate at 01:18