After her RNB ruin with 1995’s Now & Forever, and 2001’s half-encouraging Never Say Never never bothered to offer enough new stuff, Kim Wilde figures out a better way to make a solid album, sounding revitalized and blistering on Come Out & Play. Her intermittently ‘wasted’ 90s career sag feels inadvertently juxtaposed against indications of MILF lust at 50 and other life satisfactions and concerns rise to the surface with either visceral appetite or tender healing – to hear her sing in such a fleshed out manner is an elation. If I was harsh I would say there are plenty of bangs, just not all dynamite as the simmering production blends some of the tracks together a bit too effectively, but rest assured Kim throws her weight around and is back at the summit of what she does best. Hard and fast surfaces are in her sights, but steering further a field are more specialized treats that have long been divided into her albums throughout her career.

Fizzy cork-popping pop opener King of The World assumes her throne as Queen of the electro-stompers that have kept her family fed, garden green and gays from self-destruction throughout her 30 year longevity. A touching tribute to a late friend, Kim’s guilty guitar aggression is a hot flush of kinaesthesia reminiscent of Cyndi Lauper’s It’s Hard To Be Me. The surprise of such a killer chorus certainly boosts its significant charge. As it crumbles, the most beautiful cinematic flourish fades out and scatters the remains. 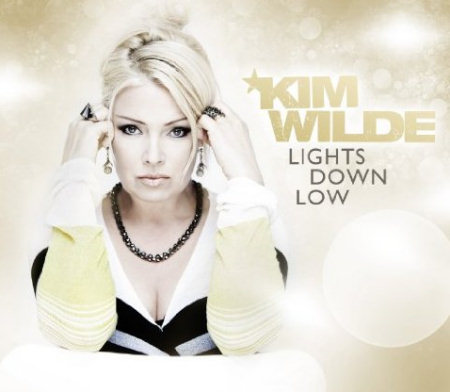 Possibly the biggest surprise here, the emotional force on Real Love is the albums principal revelation. Emboldened by a dance-rock principle, its romantic air is on par with The Killers’ Human. World-weary and stoic, armies have marched over this one, but at least she has a ‘story to tell’. Kim’s been favouring these slushy ripples for years (check out her post-Close albums tracks for evidence), but nothing was ever this melodic, elegant and lush. Dance orientated and liberated.

The atmospheric jungle of Greatest Journey could be the closest she has ever come to replicating the dismal perfection of . Kim is on fine, appalled-sounding form alongside the claustrophobic studio escapism, but I don’t like the invasion of Glenn Gregory’s vocals – it seems Kim will do anything to make sure she gets a toilet break whilst on stage.

Even at 50 it is never too late to be a spoilt brat, but I Want What I Want is loud and cunning. Splintering guitar glamour clamours the senses and a firm bass elevates it from being simply a slice of mindlessly bouncy Buffy soundtrack bopper fodder, but it’s a narrow escape.

Sludgy life-learner Love Conquers All is a squeaky-clean synthesised ballad. Whatever happened to the luxuriant gloom of Can You Hear It and Someday? Kim is capable of better. This is complacent by comparison, and a bit of a soggy tampon left out in the rain. On the plus side, it has a faintly chilly stargazing ambience to it – nicer than I make out actually. Investing from the same rugged guitar sleaze of Personal Jesus by Depeche Mode (she is a fan after all), and evoking Marilyn Manson’s ‘hey you, what do you say’ mantra from his song Beautiful People, her own cut-price Hey You has a tough adventure finding its own appeal. Jamelia got there first and did it better - sadly this song borrows all its credit from elsewhere, but expensive sounds are always a solid match for her. Tripping over the same beats as Katrina and The Waves (well almost – go with me on it), the frenzied zip monster This Paranoia concerns itself with a slick licking of cute hooks (the rhyme is ‘what’s in doing for ya?’), frenetic posturing, strident production and seductive terrace chanting.

Sadly not a BT cover, gothic affliction gets serious on Loving You More, whoring out her piano player and aided by hovering synth flapping whilst fondly scowling on the subject of her ‘darkest days’ – the song is obviously about getting her roots done. I am only disappointed at how heavy this track becomes given how intriguing the initial warm strumming sounds are, with just an acoustic guitar, which threaten to bring out a different shade to the techno tints elsewhere. Returning to her other roots, the sharp and slinky pop incision Get Out gets plenty with a full-facial of face-pulling deliverance. Cut clean from the blubber, this is juicier and full of optimistic affront. Her vocals sting sharp enough on the chorus to make even serial-syringer Kylie raise her non-raised left eyebrow; basically Kim is causing a big stink about getting a guy out of her bed ASAP (what would her kids think, etc). Stunning us with an uncharacteristically guitar-driven surge of electricity, pop-ska sky-rocket My Wish Is Your Command is a more than functioning rock-spiked frolic and its blistering accusation is undeniable. Waltzing closer Jessica is almost unexplainably (even there) brilliant. Soft, sultry and whimsical, Kim has rarely sounded so spontaneous – there will be no excuse for not performing such a rare-sounding song on tour that only lasts 90 seconds.

Heavy on guitar and fizzy synthesizers, Come Out & Play is her most viscerally engaged album since 1987’s career peak Close. With a re-charged relish for the raunchy and raucous, highlights include the kinesthetic testimony of King of The World, the salaciously blinding bait-biter Lights Down Low, getting revelatory to the glistening rhythm on Real Life, the Goth-tinged noise of This Paranoia and Jessica wherein Kim conclusively proves she can still proffer a deft array of surprises. Thriving in the fast lane throughout much on offer makes the experience a little blurry in places, but this is quickly remedied with isolated selection and recurrent listening – just a few scarcely avoid crashing into faceless territory, but Kim’s sharp pursuit is as unwavering as ever. It is so good it’s hard to imagine it not being everyone’s favorite new Kim Wilde album – there is not one rotten song on this.

Email ThisBlogThis!Share to TwitterShare to FacebookShare to Pinterest
Labels: Come Out and Play, Kim Wilde

It's a very good article, thanks again , good week jpaul

beautiful review, could Real Life -be her next "You Came"? :) i hope so, it does sounds like we re Human, good point.
Hey You is a stomper by my standards, lyrics and rythm just fantastic. Get Out -I M O should be next single -it sounds like Pink on her good day and Kylie's Get out of my way -we should give to kids in kidnegarden to listen. Paranoia -by me was the weakest track.

Nice article. Just change the date on "Never say never" to 2006. That is when it was released.

I can't wait for my copy to arrive. Kim is heavenly and I'm sure this will be a massive #27 smash in Germany.

Now the question we've all been waiting for - is it better than Jen Rush's stunning comeback?

Thanks to everyone for their feedback on my Kim posts - I've really enjoyed writing them and love her music more than I could have guessed. I just hope she tours...

Mike, that's such a tough call - I think Jeniffer came back stronger than ever whereas Kim has better albums, but is still a strong showing even for her own high standards (not counting Now & Forever - I was horrified by that one).

I still have a few albums to go through, so stay posted for more Kim!

Great review, as usual, I had to laugh about the comment on Greatest Journey - you are so funny! For me Real Life is the best song Kim has recorded in decades :)

You do have a way with words, so keep up the good work!

Kim Wilde will be in France next March 18 at La Cigale in Paris!