Beyonce - Sweet Dreams
With an elastic bassline tugging tighter than her leotard, this is a serious delight. Predatory and cat-like, Beyonce's contracting chorus never quite pounces but her claws are out just enough to make it effective. Without her trademark hollering armour, this is her slinkiest attack yet. 8.5/10. 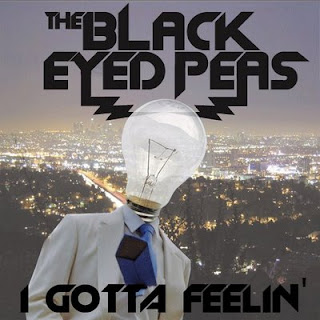 Black Eyed Peas - I Gotta Feeling
Its jagged guitars make this a perfect soundtrack for cleaning up the wreckage of last night's excesses despite the song looking forward to an evening ahead. The cummulating elements of guitar, bass, drum loop, relayed vocals and various stop-starting all builds into something very special - not so much a song as it is a sustained penetration of pounding endorphins. 9/10.

Charlotte Hatherley - White
If sounding bored during summer sounds like paradise then this is pouting and flakey guitar-pop at its fervent best. A seriously twisted bassline grind sounds like the paranoid The Holy Bible era Manic Street Preachers, an almost perverse idea, but the ex Ash woman sounds a bit like Telepopmisik featuring Cerys Mathews, with her vocals - during the chorus - sung like sticky strings of gooey candy whilst looking like Tori Amos in the video, which itself is very MTV2 circa 1999. 7.5/10.

Theoretical Girl - Red Mist
Rusty and bristling guitar lines clear the landscape for meddling paranoia - usually a great ingredient for a pop song, but the track doesn't really go anywhere despite some rather strong elements. 6/10. Preston - Dressed To Kill
Dressed in Topman more like; Chantelle's ex-boyfriend, who looks good in black and white exclusively, finally goes solo. I love the Happy House sample, and never cared too much for the Siouxsie & The Banshees single anyway sadly. However, add nose-blocked vocals and the song is sub-par Morrissey junk. If he beefed up I would probably be tiring my wrists but that is not the point. 5/10.

Flo Rida featuring Nelly Furtado - Jump
Whether this song featured Fergie, the Pussycat Dolls, Ciara or Rihanna, this would still be shit. It seems a hit is assured if rap mixes pop vocals and electronic production even if said equation stinks harder than a gay sauna's laundry basket. 4/10.

Bloc Party - One More Chance
Bloc Party 'keep trying' indeed. This is an agressive piano-driven dance invasion welded onto a snarling lyric out to make a point. The house beats are sharp and fantastic, the chorus is hi-speed and wailing vocals finish me off completely. 8.5/10.

Calvin Harris featuring Mary Pearce - Ready For The Weekend
Initially I dismissed this as vacant 'indie' dance music, but then! Then the obese-sounding Mary Pearce blows him into oblivion. An uneven hybrid of smug pseudo wise-boy verses and a gail-force gargling chorus that even Moby would be jealous of. 7.5/10. 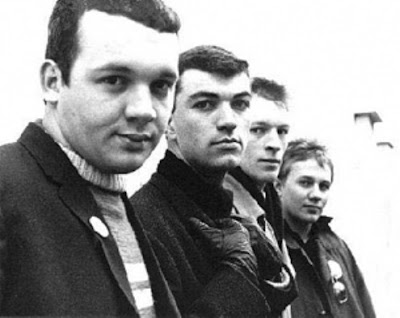 Mike Snow - Animal
Hovering synths and admiring vocals - this is something I wouldn't object to ever. 9/10.

Sean Paul - So Fine
Sean Paul's vanishing off the radar is a shame given that I have a soft spot for the absorbing Like Glue, but he is suffering a severe lack of originality here. 3.5/10.

The Troubadours - Gimme Love
Sadly not a Gina G cover, it's a plodding acoustic number that makes me want to run my fingers through band's agressive-looking lead singer's hair. Before running for my life. 5.5/10.

The Killers - A Dustland Fairy Tale
A thawing ballad that builds with a gorgeous rise and fall vocal from the absolutely gorgeous Brandon Flowers, and a crashing orchestra is a reliably anthemic turn from the band. 7.5/10.
Posted by Diva Incarnate at 20:25