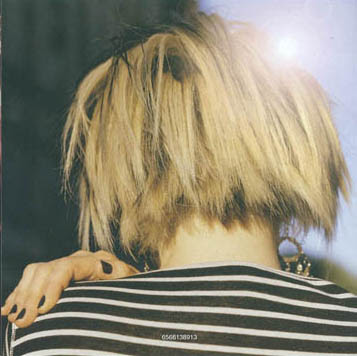 It has been literally ages since my last Cyndi Lauper post, so when I finally got myself re-acquainted with her long-lost Shine demos, of which originally leaked in 2001, I was insatiably aroused with all sorts of nostalgic endorphins. Kicking off these sessions is the curdled dance demo of Comfort You - this dark and world-weary track assumed a dance incarnation to begin with and was definately finished off properly for the album, but the cheap and ill-timed beats delightfully unhinge the song. Plus, knowing co-writer Jan Pulsford disapproved of even the final result, nevermind Lauper's ludicrously lascivious Cher-lagging aspirational demo, really adds to the enjoyment that the singer is pissing off her lesbian stalker.

However, the dysfunctional Lauper-Pulsford duo make another stab at it on Higher Plane, an unequivocal dance track that perfects the formula of The Ballad of Cleo & Joe from Sisters of Avalon. To hear what became such a lavish carnage and full-throttle affair sound so primitive, I think, reveals Cyndi as the creator of her own music as it adds a sense of seeing where her ideas come from. Probably the most stunning song Lauper recorded is in actual fact a demo. Time After Time was something very special; it sounded like a direct lifeline to your heart. The song was written by Lauper and Rob Hyman - they wrote much of the best material on her grey 1993 album Hat Full of Stars, and of which, the thick blanket of midnight melancholia of Who Let In The Rain was an understated effort but it did not catch fire the way Time did, instead it flickered quietly and sounded almost ashamed. Their partnership has always been a good match, but with Water's Edge it is another rainy spell and is well worth getting drenched for. The meditative album version is far from inferior, but there is no dense atmosphere to unfold like draping layers of emotion that Cyndi's voice commands a path through. Instead, the demo is just Lauper's snowflake vocals and piano creating her most intimate setting to date. Cyndi's understated ad-libs are added onto the album edit, which is the only thing missing here, but it's almost astonishing that she created a song equally as worthy as Time After Time and yet it remains relegated to album track status on an album that was only released in Japan.

Below: this remains one of Lauper's most unforgettable performances - it really seemed as if Shine was destined to become a triumphant return to the charts.

The rainbow-glow of the This Kind of Love demo is lush and wraps around you like candy-floss. Lauper delivers a gorgeous vocal that is suprsing in how suited it is to pull of rnb. If this were on Madonna's Bedtime Stories or TLC's CrazySexyCool, it is hard to imagine it would not have been a single. Its gentle air is perfect and when her feathers do get a little ruffled she still keeps her yelping mardi gras vocal under wraps just nicely.