The wistful melancholy of Holiday is a lifelong commitment and I love that Madonna understands its lasting appeal. 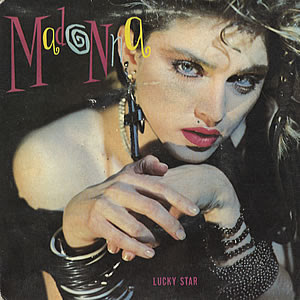 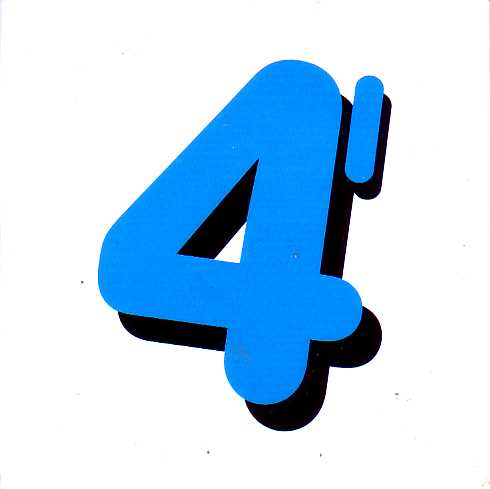 Fundamentally the most exciting Madonna album; the steady-streaming of jewl-like productions lock together a sound to match the not quite yet hard boiled iconic image. The tumbling ballad Stay is a lusty gauntlet of panic and self-restoration. Still wet and fresh. 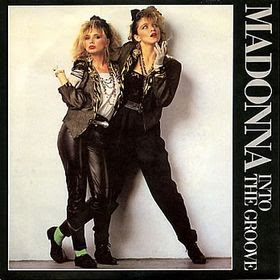 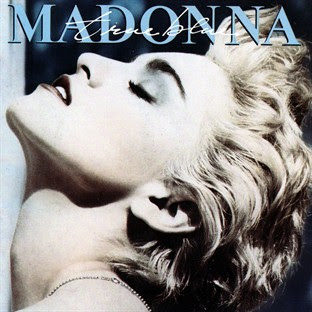 Her pop marvel overflows on every second here and sadly overtook Cyndi Lauper who I think should have made an album more like this. Jimmy Jimmy for the albums most overlooked track, but Where's The Party makes her sound unstoppable. La Isla Bonita, Live To Tell and Open Your Heart are simply perfect. 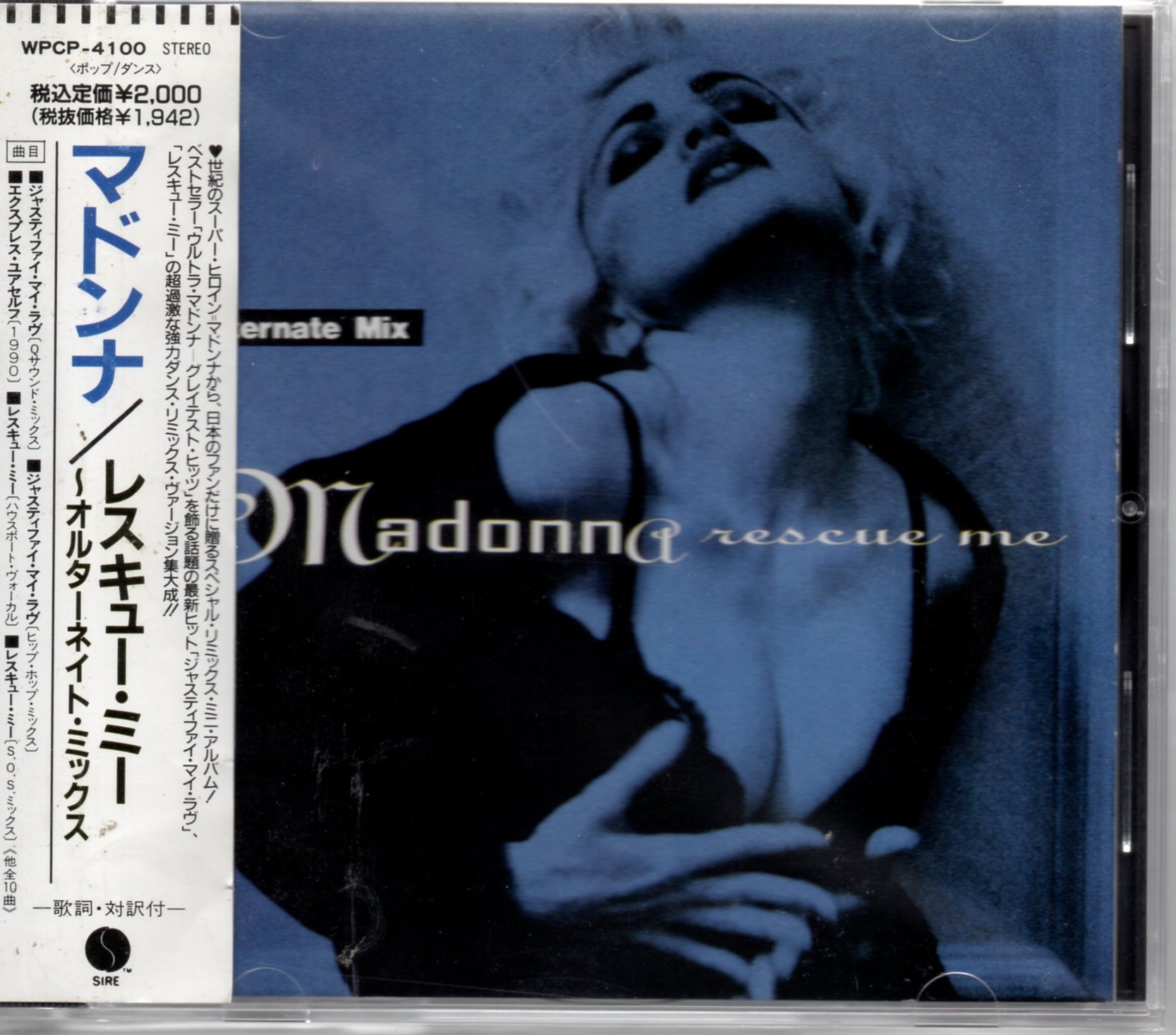 Matching the ease of its predecessor with haunting and humble theatricality: Oh Father collects dust and only gets better through the years; whilst Pray For Spanish Eyes and Till Death Do Us Part secure this as among my top 3 Madonna albums (picking a favourite is like choosing from an orphanage, why limit yourself?). 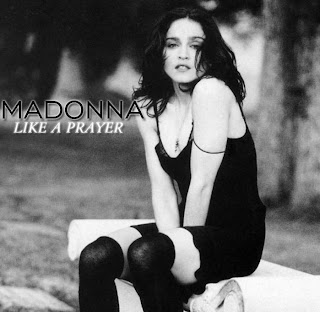 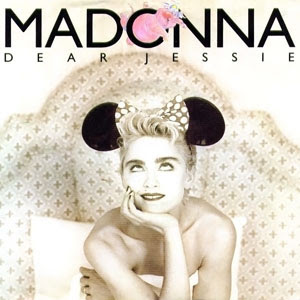 A couple of songs too many stop this being a cold-blooded masterpiece; only Madonna could make people think she is a gymfreakslutbitchlesbianskank when there is an obvious internal affliction spurting the ejaculation of revenge on Words, and dignity-bluffing disregard of Thief of Hearts. Such a brain-pain is cleansed thoroughly on the lush outpouring of Rain (which perhaps influenced Kylie's Put Yourself In My Place) and the stark pre-Latoya AIDS anthem In This Life. Madonna's wide-on for Lady Miss Kier was still evident on Deeper & Deeper. Madonna was truly on her own with this record: it's just the reaction we all want after all. 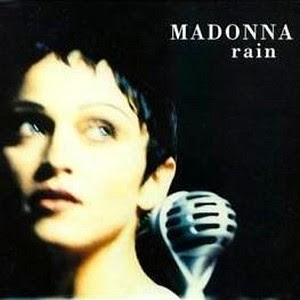 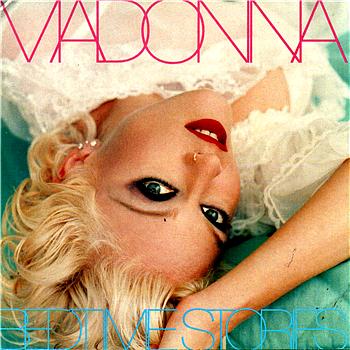 Solid work here, if a little safe. Sporadically beguiling, her tantric pace works best on the opening Survival. Don't Stop is a good focal point as to why it might divide opinion - elegant Vogue-like synths spread wide but there is nothing gripping about it beyond its shiny, nudging appeal. Her gentle approach truly reaches its peak on the ballad Take A Bow, oozing romance with vocals smoother than KY. It lacks a thumping, giddy up moment, and ballads such as Love Tried To Welcome Me sound like trapped wind. 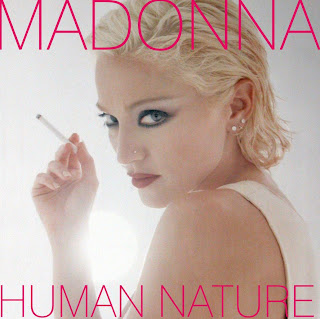 The one that had to be extra special. When Candy Perfume Girl's telephone-dialling guitar sounds go quiet before things erupt, after the sunken piano wilderness middle 8, it is a violent open gas flame. The mirror sharp Sky Fits Heaven pulses and throbs until her angelic chorus makes it an outer body experience. 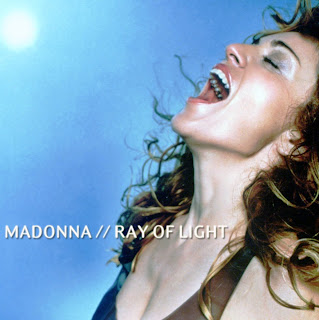 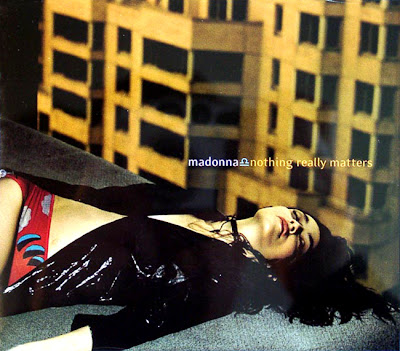 Madonna gives the visceral appeal of her debut an inadvertent second go and truly surpasses it - celebrating feeling like a piece of meat on the dancefloor, the sexual connection between social classes is articulated as 'the boigeouise and the rebel'. The writhing highlight is the skin-shedding Impressive Instant, and only the Orbit nonstarter Runaway Lover isn't welcome. The This Used To Be My Playground singer faces up to her sham of a marriage as she sings I Deserve It (as a ballad) and Gone.

Up close and personal, like being stuck in the recording booth with her, but perhaps only to hold up the organic cranberry candles she flatly ordered through sign language. Love Profusion and Intervention are refined ballads with frail vocals that sound wrinkled as she trembles for support. Half disco massacre, half Britney rejects. The glossy, slick discotheque antioxidants did not always stay consistent, but Hung Up, Forbidden Love, Push, Jump and Get Together all released the key ingredients. 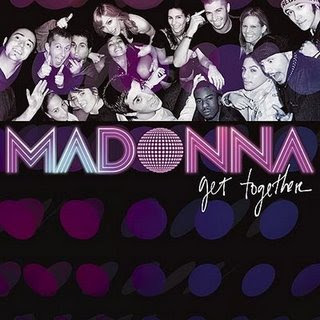 Gratifying Madonna's body of work with cheap implants gave her a curious appeal - these songs are not strong enough as a whole collection in itself, but individually going under the microscope they show some life lurking way beneathe the surface. Incredible had the only classic Madonna vocal, deep and smudged sounding, before turning into a mini kaleidoscopic-disco version of Bohemian Rhapsody. Heartbeat sounds like Gaga's Paprazzi. Shrill and ill-sounding, her vocals sound like cancer. The hidden gem Devil Wouldn't Recognize You stands up surprisingly strong as her first immaculate, properly impeccable ballad since Power of Goodbye a whole decade earlier.

With the exception of the amazing Like A Prayer, I think these reviews are WAY too kind!

you're a great, vivid writer! but I think BEDTIME STORIES deserves 5/5...otherwise, what a way you have with language to describe these albums. kudos, mister! :)

Mike: LaToya Jackson springs to mind! But yes, I ended up reviewing Hard Candy as objectionably as I could.

Anon: thanks, a lot people love BS - I got it for a fiver when I bought Ray of Light so I guess it did set me on a spiral down through her back catalogue, but it was Like A Prayer that really caught my imagination. I am all for mindless dance-pop but I am ready for something breathtaking up next.

Madonna was my very first musical memory. Me. A black boy from the Midwest, right?! But "Open Your Heart," with that urgent, visceral, but melodic vocal stole my heart at 3 years old, and I've been a fan ever since.

I've always been in the minority, as a gay anyway, of fans who really see Madonna as an artist. Her music has always been her most humane trait & has always moved my feet & heart.

Personally, "True Blue" was her "dress rehearsal" album's album. If she had replaced "Jimmy, Jimmy" and "Love Makes the World Go Round" with "Causing a Commotion" & "Who's That Girl?" it would have been perfect. "White Heat" is my favorite from that one.

"Like A Prayer" was a major drop off in quality, from the song, lyrical, and overall album concept. Though the singles from it were really epic, the sexy soul-pop snap of "Express Yourself," and rock/gospel beauty in the title track win & win. "Spanish Eyes" is nice. "Promise To Try" is one of her worst vocals ever.

"Erotica" again came close, but no cigar to the "album's album." It was bloated, indulgent, and taught her that music quality must always come first, shock won't keep you relevant forever. That said, there are some really fine moments here: the title track (with the amazing use of "Jungle Boogie" by Kool & the Gang), "Words," "Fever," "Rain," "Waiting," etc.

I, of course j'adore "Bedtime Stories." She finally got her album's album here, and from her vocals, lyrics, and production she nailed it. It dropped the same year Kylie released one of the few modern pop opus' in existence: KM '94. It only took La Minogue, one try to get to that album's album.

Of the Mirwais pair, I would have said that "American Life" was my favorite a two years ago, but now it & "Music" both hold special places for me. "Love Profusion" is really beautiful, and "Intervention" was one of the last great Madge ballads. I also like the immediacy of "Amazing."

"Confessions..." is kind like "Aphrodite" (not surprising, given the producers they shared), in that it streamlined both of these singers, but it has some good points. "Get Together" is arguably her best moment of the 2000's, even besting "Music."-Quentin

I think I got my responce comments mixed up with the Cyndi post, but I agree with the Confessions comments. From Music, What It Feels Like For A Girl is unmatched in her catalogue, and I am glad someone else enjoys Amazing. I agree with your American Life highlights - the probabdly-dated Ralphi Rosario and Jason Nevins remixes mean a lot to me.

Hard Candy just appalled me - I quite liked Incredible as moments of it reminded me of the freshness and exuberance much of Kaleidoscope by Kelis. The album makes me almost forget how much I love her.

I disagree about KM94 - three very good singles, much like KM98, but some nice filler in there too I guess. I don't really rate Kylie - her singing voice is too mannered, and she sings in a rather forced manner (much like Beyonce) where you can tell they have trained their voices to sound bigger and better, but have lost their initial radiance in the process. Kylie's opulent, flashy thrills on her Rhythm of Love singles are leading examples of dance-pop though.

Notice I didn't even mention HC. "Miles Away" is really nice, in its mood I think. I was going through a relationship where that song kind of spoke to me a year after the album dropped, so that explains my affair with that. "Heartbeat" was "aight" as I'd say here in the States, lol. And "4 Minutes," I can't believe I'm typing this, really has grown on me. Though JT could have been any male pop singer, he's just awful.

WIFLFAG is amazing. I was upset she did that stupid video version of it, stripping the song of its emotional weight, because from a lyrical point, it really is spot on.

I love Kylie. I always have. I think KM '94 was such an amazing recording. It is non-stop, great track to track, and lean. I think it balances maturity with exhuberance, and really bridged that gap between adult pop's finest decade in the '90's, since the '70's. Plus, dude, "Automatic Love," "Falling," "Surrender" just knock. But maybe I'm bias. Her deConstruction period has always been my favorite.

But, KM's voice, hmmm. I like that it is sweet, but has gotten range, her best vocal period is from KM '94 to "Fever," and not because she wasn't good past that point, she just seems to, in the studio anyway, kinda focus on one side of her voice barring some great moments: "After Dark," "The One," "Better Than Today."-Quentin