Bleached belter Lonnie Gordon's manically furious vocals are in a league of their own. I don't know much about this diva, but what I do know is that she likes it large. Even God can dance in her world. She can sing exquisite ballads (Wait), really shit ones (I won't air the names of her dry skidmarks - dance divas need all the work they can get) and even second-hand PWL ones (Beyond Your Wildest Dreams). However, her real calling card, which brings her to Diva Incarnate in the first place, is her gut-wrenching dance hits sung so angrily they sound more like arguments than 90s gay club fodder. 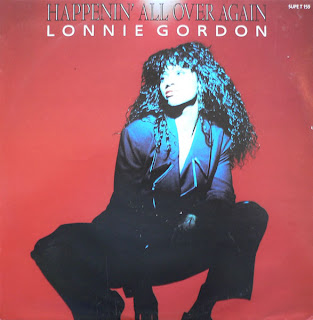 Happening All Over Again is her glitziest jam and biggest hit. Remixed into a more subdued house slice for the cautious American audience, I vastly prefer the PWL original (of which Dame Donna Summer flared her nostrils at - it was 'too gay' for her).

That's No Reason is another jittery intake of adrenaline-generating Hi-NRG pomp. This is probably my favourite - the chorus doesn't give you the full-facial effect of her 'believe me' torrent, but I love the electric sounds that flash and point. Once again Lonnie is sore about something (she likes it large remember), and I for one suggest an ice-pack. Poor Lonnie faints at the sight of a 6 pack these days, and that's just her reaction to most lesbians. 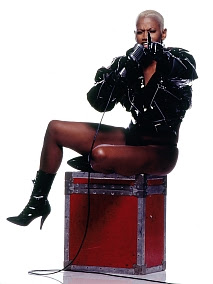 Hi-NRG hurricane A God That Can Dance is a hysterical performance, so much so Lonnie is lost for words and actually spits on record. Glazed with superior production that enables the craziest middle-8 to topple down like Mary Kiani jumping out of her high rise.

Like Girls Aloud's Biology meets Dolly Parton, No Regret isn't really a stomper but owes a little to the Northern Soul genre that identifies the British girl group's best single. More than a little solid.

I won't rattle on anymore - go check her out yourself! 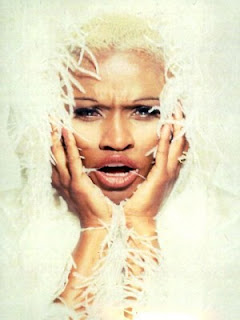 Lonnie's previously unreleased PWL album If I Had To Stand Alone can be bought here.
Posted by Diva Incarnate at 23:46

GREAT BLOG ,I like Lonnie! I was wondering how diod u manage to put a wallpaper on your blog? thanks

why is your link for a bible-bashing site and not the amazingly successful Jackson singer?