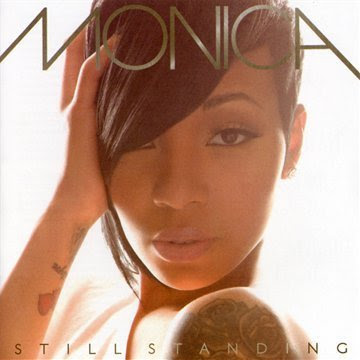 Lil' Mo's latest sporadic long player is out now and Brandy doesn't even have an album out for her to leach free publicity from. I guess that's the risk that she's taking Halo-style. When Monica's first British (hit) solo single was released, The First Night, I was all set to whorship this artist. Sadly Monica just never caught on over here. 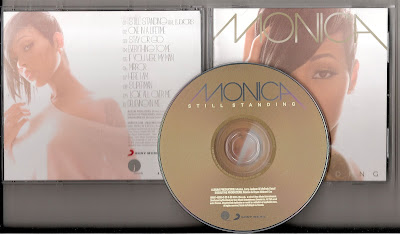 Incredibly, she has the all-important killer single in the form of a song that's been around from when Brandy's own then-comeback single Right Here (Departed) first leaked, the title track. That's right, it is 2 years old. Say goodbye to selling records, Mon, you've failed to crack the Billboard Hot 100 with your best cut on offer here. Gutsy vocal gumphing and cloud-bursting dark synths provide the necessary voltage completely lacking elswhere.

Helping others avoid her mistakes, tinkling piano keys skim the surface on One In A Lifetime, evoking the singer onto something of a pensive streak. MOR just ain't what I want from Monica. Stay Or Go is another piano ballad, but completely stripped down, and she even sighs in agreement - 'this is so annoying'. She finds a beat, even sounding like a forlon Whitney I Look To You album cut, and thankfully her thick, honey treacle tones really save this. Squeezing your heart like a sponge, the singer's technique remains in extreme good taste. Gentile and gorgeous. Teaming up with 'hit-maker' Missy Elliot, Everything To Me doesn't know where it's going - stop-starting as if in two minds about which Alicia Keys song about diamond rings to rip off. The jittery flexigroover If You Were My Man is several tinsel glistens in the way of the Pointer Sisters, but it is most likely the Jackson 5 she has her sights set on. Monica specializes in worn-down-but-wise narratives, but sadly this fails to kick any doors down.

Mirror is a haunting mid-temp skidmark. Here I Am is a sad borderline-decent booty call plea. Girl needs to get herself some self service tips. Superman drips from the same tap. Love All Over Me certainly announces itself, but we're not changing direction at this point - girl's been listening to Toni Braxton ballads a bit to vulnerably. Believing In Me ('I apologise for what I have done').

Still Standing is certainly full of grace and grit from the singer herself, it's just a shame the pop hits have been sucked right out of her. She doesn't completely sink to the bottom, but there's nothing here that will rocket her to the top of the Rn'B charts nevermind cross over to the summit of the Billboard like it were 1998 again. Spritually superior to Whitney's soggy spliff spittings, but that is about it for now. I just hope she doesn't need yet another 2-4 years for her next chance to assert herself with better inspiration.
Posted by Diva Incarnate at 19:37