After re-inventing her persona from aloof Mac-painted glamazon from Mistique to some sort of hybrid of every airhead female reality TV contestant of all time on her incredulous-at-everything stint on ITV's I'm A Celebrity Get Me Out of Here, Sabrina Washington puts any worries at ease with her new novelty solo single OMG (frankly I wish it were titled OMFG (LMAO), but there is always next time). In the meantime, Alesha Dixon's more talented ex-band mate has decided to pay trubute to Dannii Minogue's infamous series of roadkill artwork with the hopes of achieving number 1 dance hits or even just becoming the new Jenny Frost. 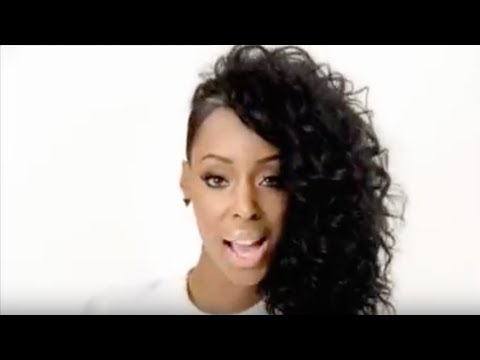 As her Get Me Out of Here appearance shows, Sabs isn't afraid to make a tit of herself, even wearing Kylie's hand me downs in the video to prove it. Despite never truly flaring up into a proper breakdown, the track is teasingly addictive in the sense that if Vanilla were goodlooking black girls with better voices they would sound only slightly more rubbish than this.

It's so tragic, I kind of love it! When is it being released?

Mike, she has a song called In My Mouth as well (which isn't filth-ridden sadly).

It's out 5 April and she's trying to shout as lound as she can about being 'in talks' to release music in the US.