If one looks at the artwork it would seem the lipstick is on the wall. Her Glenn Ballard album, it tanked lower than her feelings and the dreamy Spector-esque brilliance of Your Lies has vanished. Instead she trades radio-friendly energy for those lush and rich textures that made her I Am... album so appealing. That is not to say Love, Shelby is not a brilliant record because it really is. Let's go down on this one then... Shelby Lynne is an unaribrushed Sheryl Crow who prefers Dusty Springfield to Stevie Nicks.

Opener Trust Me (which for once might induce me to do just that) signifies her directness from the offset. Sliding into the groove, Bend purifies the aroma of the I Am album. The beauty of Jesus On A Greyhound is Joan Osborne meets the Supremes. A rowdy chorus than bounces and rattles along with galloping intent. With a sturdy voice embracing her brains and a heavy dosage of emotion, Wall In Your Heart is softer and a low key delight. Proving she belts better than she croons, choice ballad The Killin' Kind reaches sensational volubility, the kind of soaring empathy I can never resist. It's deeper and crisper than anything else here.

The tough talking, rock-slanted headliner Ain't It the Truth will make anyone a believer. Suggesting gospel and blues, her raw timbre ignites on her cover of John Lennon's Mother. The morbid reality of how Lynne's parents died intensifies its meaning, but her competitive ability to cover with dignity was demonstrated on her 2008 Dusty tribute album Just A Little Lovin'. She takes an eternal sleep on Tarpoleon Napoleon, which is a bit of a plodder. Her smouldering manner finds more of a charge on I Can't Wait, and the very listeneable All of a Sudden You Disappeared smoothly ripples back into her mellow and pensive engagement.

Without the confessional attack of her peers, it must be acknowledged that whilst Ballard commits the semifamous Grammy winner to sharp and navigatable structures, his exclusion of her seemingly natural setting found on I Am deprives her somewhat. She sings her rock-not-country-not-pop songs with the gritty confusion they deserve, so don't believe the hype about the record frustrating her fans - unless they are retards, this is a solid C+ album with several A points or moments, although nothing peaks as high as the luminous soundtrack ballad The Killin' Kind. And floating in a river of differing directions (umpteen albums and counting), Lynne's heroic texture can be found in them all, this being no exception. Consistently credible and mildly enjoyable even when it struggles. 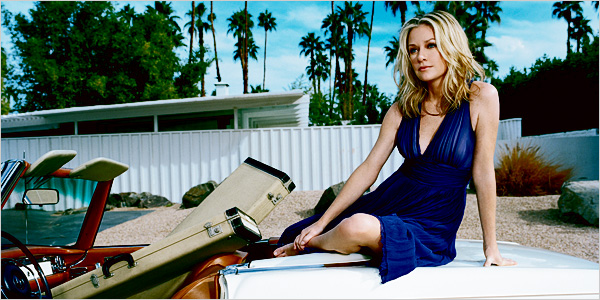