So facebook morons are wanting to get Tina Turner's size queen anthem Simply The Best into somewhere high in the UK singles charts. So what's the issue, what is the risk you are wondering? Everyone loves the song.... 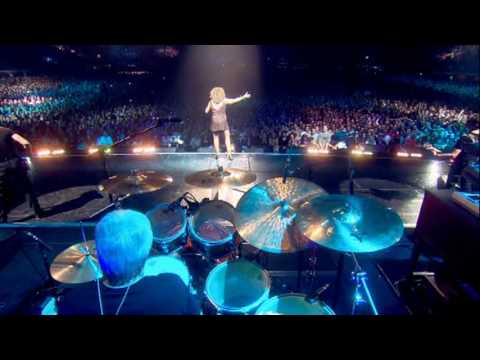 Above: Tina bravely asks Glasgow not to stab one another.
Unless it gets blasted in Glasgow when Braveheart 2 will happen. The city closed down last year when Primark had it playing to promote their annual buy-1-shoplift-5-free thongs campaign and there was more blood than in the factories where their clothes are made by children who have at least 4 of their original fingers. Tina was mortified - she wanted to know where her free thongs were, how else is she going to up her game now that Beyonce is ripping her off, and ripping her thongs off as well?

Above: only one person is owning this stage and she isn't the one wearing donkey pubes for a weave.
I like so few of Tina's songs, but I Don't Wanna Fight I do a lot, which is almost ironic. The chart-rising song is synonymous with one of our local football teams and incites a fair bit of visceral hatred between Catholic and Prodestant sport fans. Turner is officially banned from playing it in Scotland.
Posted by Diva Incarnate at 14:57