Eurgh, Whatever, Here's My 'Opinion' 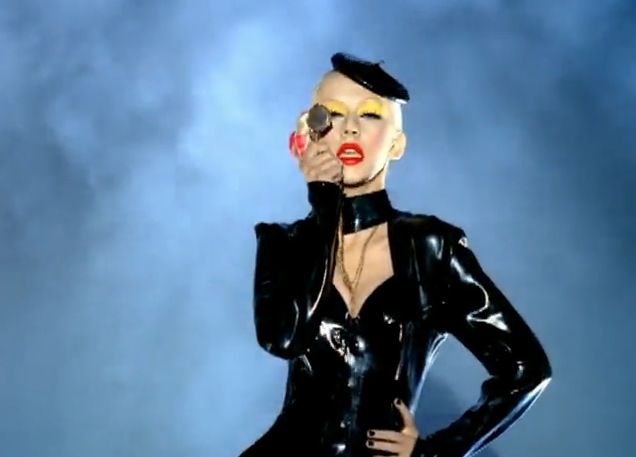 I shouldn't but I will. The most try-hard thing about Xtina's new video is the grimly inevitable mistake from messageboard posters to equate desperation and trashiness with being a bad thing. Here is what I wrote about the actual song and feel the exact same about its visually abusive promotional clip, which is the best from an A-list diva so far in 2010:

Like diarrhea on spewing tap, Christina's slithery new single Not Myself Tonight shoots itself out in all manner of directions with no thought for the mess, smell or embarassment it causes. It's exactly what I want from the lead single from this artist. Her amazing vocal slaying is on deliciously mindless form, it doesn't matter what she is singing or how, but it does help that she's telling haters to fuck off and I like that. She wants a reaction and even wants you to hate it - vexed concepts such as this (and even Dirrty back in the day) cut two ways. However, after Basics almost bored my balls into becoming a vagina, finally she swells once again with wanton enthusiasm, antagonistic pursuit and trashtastic pride. It will embarass people who don't even like her - sometimes that's all you can ask for.
Posted by Diva Incarnate at 19:33

Email ThisBlogThis!Share to TwitterShare to FacebookShare to Pinterest
Labels: Christina Aguilera, Not Myself Tonight

bravo for your honesty :')
i can only hope for better off this much-hyped album.

I'm probably a 'stan' about all the smoke from this campaign. I love the video though - youtube does it no justice.