Dusty Springfield's cool-soul got tough on Reputation, proving her myth was very much intact if even stronger than ever. She'd gotten over her flop fineries, worked with the Pet Shop Boys, secured a transatlantic #2 smash and achieved her most successful album in 20 years. The album analyzes the artifice and cruelty of fame's unhealthy manipulation, poisoned affairs and submits to the rhythm.

The title track Reputation is decorated with heavy synthesizers, seizing drums, effeminate male backing vocals giving it the 'macho man' routine, and the kind of bassline that could rescue you from a hurricane. The bad taste of celebrity is evident: 'they're gonna take your dreams away ... and I won't defame you' almost seems to trigger a neverous breakdown. However, tumbling drums symbolize the terror but 'well you try, baby you look for a way... you don't wanna changhe but you still change the same' yanks you back up again, chin up ('who cares what they're whispering? Huh!') and the sailor-chanting chorus stimulates an enormous liberation for the singer.

Earning an A straight away, she keeps it going on the exquisite torch job Arrested By You, which drifts with a total unconciousness to it. Send It To Me almost isn't bad - with the rhythm up front, it's solid but not extravagant or particularly seductive.

Rarely being able to deliver a fast one, the decadent In Private remains one of her finest ever singles. A great hook, and proof that perhaps Neil Tennant shouldn't bother singing his own songs at all. Also, Dusty handles a 12" better than any lesbian in history - this version defies belief in its perfection. The mysterious Nothing Has Been Proved was an all-important top 20 single, as was In Private. Breathy suspicion and anxiety. 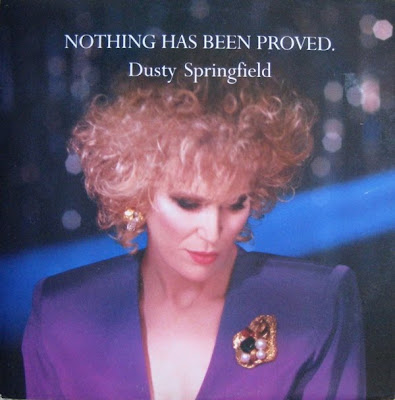 Smokescreen of escapism, the fanciful Daydreaming utilizes her mucous for an easy-effect rap. The only faint sense of slippage is on Time Waits For No One and Born This Way. The beats are 80s-fancy, languorous and adequate disco. And as always, she's selling the truth - on this album this is very important.

After such intensely relieving proficiency, the mild simplicity of the impassioned I Want To Stay Here is unexpected. On Occupy My Mind, Dusty explores PWL-style acid house and yet reaffirms her essential power. Lingering ponderously over a key lyric creates an expressive tension - the sensation is that she's grooving.

Rinsed with tactile glamour and smouldering nicotine, Repuation remains the singer's most stylish album. Her pop sensibility, style and taste create and art fusing together robotic energy and a catty interpretation of the Village People on the title track, which immediately trumps the Tennant and Lowe tracks where ironically the album's reputation seems to stem from. The PSB credentials certainly boosts the charge of the album, but the good/bad divide isn't a case of which songs they were and were not involved in. Dusty will always render a song worth listening to, and the PSB definately provided extra bait, but I seriously recommend the title track which is like an even more robust Your Disco Needs You (its chanting has better vogue-posing). This is the album that really intensifies her legacy into something completely mythical. The album is on Dusty's terms. Her long overdue success will make you feel classic Dusty emotions: overcome, giving and proud. Docked a whole star only for trimming off What Have I Done To Deserve This, Dusty proves, still, in the 90s that the prizes are not necessarily her compilations. Above all else, her voice aches with dignity, I hear unimaginable restraint on her part, yet as she proves on In Private her voice could ignite the sky with euphoria and all the boyuant charm of a Cher disco single but never seeming crass or contrived. She always made sure her music, all her music, was the perfect fit. 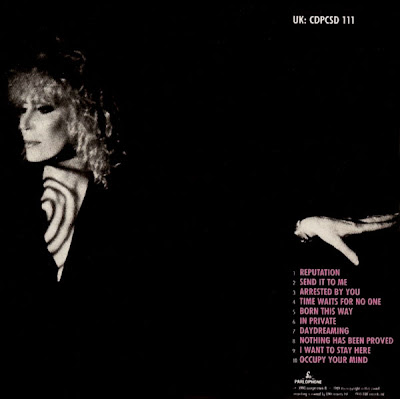 Stunning! I need this masterpiece!

Oh I can sort that out for you at some point tomorrow with some extra treats.

I got into Ms. Springfield last year, thus far "Where Am I Going?" is my favorite from her. Saint Etienne pulled the sample for "Nothing Can Stop Us" from that LP. The "reputation," excuse the pun, of this album is like a camp, but cooler reboot for Dusty a la "Private Dancer" for Tina. I've gotten in the PSB last year too, so this is one I have to get.

I love when you just write, without the sarcasm (which I also love), because it really shows your gift for analysis. You'd be a great commentator. Well done.-QH

Aww, thanks for that comment. I do love this album - sometimes it's just much easier to review an album that's been with you for years as you've had all that time to consider it all.

I've thought about reviewing Saint Etienne before, but I only know their best of, and a few select songs since. They can be UNBEARABLY pretentious, but when almost unbeatable, in their own world, when at their best.

That is kind of what I like about Saint Etienne: they're pretentious. People can be so dismissive of pop music, so I like when the snooty non-poppers are confronted with a group whom they can't deny is talented. Especially when two of its members are former journalists themselves, that really makes it icing on the cake.

"Good Humour," "Finisterre," and "Tales From Turnpike House" are my all-time favorites from them. Sarah's voice is pink given flesh, it really is a marvel. I can't wait to see what their new material sounds like.-QH