I might have been one of the few who found a lot to enjoy in Christina's genre-gauntlet album Bionic, but even I find it a cause for some celebration that what stands as a makeshift stop-gap solo album is a return to the kind of cohesive projects that artists are commercially thriving on these days: singers need to stick to an image and/or aesthetic and be prepared to work their asses off to sell it. A fan of metaphors to explain her 'superwoman' role as a singer, mom, woman, working woman, and working woman who is also a mom, Christina just bought too many hats you see. Cher knows better; she wears wigs instead. The presence of the Oscar winning icon takes some of the weight of Christina's admittedly swelling shoulders and helps the focus stay on its origin as a soundtrack and not in fact another chance for the Genie singer to flop.

Her fog-horn take on Something's Got A Hold On Me is deaf-defying in the best and worst possible ways. Fans of the extended whoa-ness Aguilera has been know to favour - or as she might say faaa-a-a-avou-whooa-r, ha -are in for a treat.

We move into Cher world next for the female Elvis's Welcome To Burlesque, a perfunctory verion of the Pussycat Doll's Sway. Cher emotes crazy masculine innuendos and expressive androgyny, her gravy-gargling delivery could excell singing the phonebook and this comes close to proving it. Sung like a pro. Candyman part two, Tough Lover is another bulldozer vocal from Xtina.

Doing her best Madeline 'I See Me' Ashton impersonation (the opening-and-only-song from the film Death Becomes Her), But I Am A Good Girl is a swanky number that namedrops and flirts with everything but a memorable tune. Most impotent of all, A Guy What Takes His Time is a meddling Back To Basics style number - no one gets finished off on this one.

The first show-stopper, Express is a shamelessly indulgent hybrid of snapping, horns and fizzing synths. Christina's hissing cheerleader taunts are some of her highest peaks of an entire career: 'love, sex, ladies no regrets' is still sucking Madonna's dick, but wailing ever more it's never not obvious who she is.

Turn Back Time and a few others aside, I'm not a fan of Diane Warren, so I know what to expect with Cher's final number You Haven't Seen The Last of Me. Glum and knocked down, Cher's throaty gusto gets going warbling on a hard-to-not-feel-touched-by middle-8 and spectacularly diva-identified sentiments. Seek out the Dave Gaude remix. 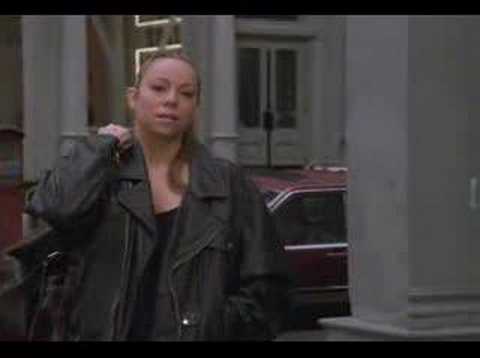 One of the few things many seemed to agree about Bionic was that the highlights were the songs co-written by Sia, and Bound To You here is a reminder of how good those songs truly are. Not too dissimilar to All I Need, the lower temperatures of Christina's voice are huskier, sometimes smoother and more beautiful than her gigantic enactments of emotions that probably don't even exist.

The flashy Show Me How You Burlesque begins acapella once more, with a familiar frenzy of clicks, snaps and horns soon ensuing. Duck for cover if it's not your thang. There was a hilarious moment when Christina recently performed this on the American dance show Dancing With The Stars, when singing 'let me hear you say ... yeah-yeah-yeah-whoahh-yeah' knowing full well no one was going to be able to even try to go yeah-yeah-yeah-whoahh-yeah. Hard to believe it hasn't been until now, The Beautiful People half-samples/half-covers the Marilyn Manson classic. It's the most exciting and playful the girl has sounded since Come On Over.

A shame not to hear more of an ensemble (for example, a witty group number excluding Christina might have fitted the story and saved us from one of the weaker of her interchangebale solo songs), a relief to have Christina, sort of, functioning as a credible pop star once more, the album peaks in its second half. Cher's grandeur more than matches the vocal dynamism of her co-star, and Christina's more playful tracks (Express and The Beautiful Poeple) invigorate her questionable image once more after the commerically stale performance of Bionic.

Go Cher - she leaves Xtina for dust in the film. Why are you in my mirror bitch? LOL

I'm much more the Cher fan, but I see Christina as someone who has the potential to be in it for the longrun like Cher still is, but she does need someone like Cher to mentor her a bit.

Cher's voice is nothing short of ravishing, I must say. I can't wait to go see the film for that very line alone!