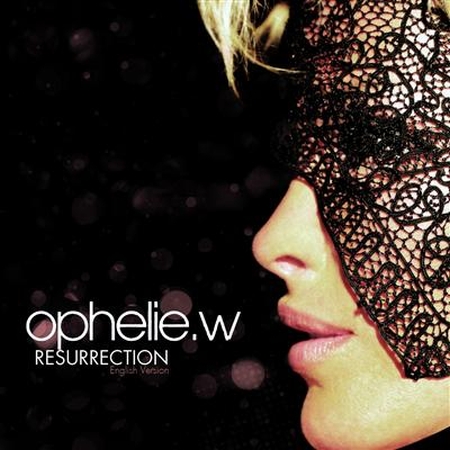 To be or not to be? Is that a butternut squash or are you just really pleased to have sex with me? Is there a reason I love this album so much? These are questions one day I would love to explore, but until then let me have this to say. French floozy Ophélie Winter has been giving trash pop a sleazey name since the early 90s and made an 'unexpected' comeback last year with her 4th album Résurrection. No longer a chart queen, her unmodest likeability demonstrates that rare ability of a true pop princess - making very little go a long, long way.

Providing a template for her snarky aesthetic of unashamed self-belief, brassy opener Light Years tests her borderline ability to sing to the max and, with a bassline the Tamperer would be proud of, let's her V.I.P vadge do the talking (how else does one account for such STD filth as 'you picked it up from me'?).

Male 'just one more' sit-up groans contribute to the sleazy homo-erotic air of Sweat Shop's Rn'B workout. Dripping with either attitude, KY or just both, Winter's hardcore vocals challenge the definition of singer to that of 'not able to'. This will have you Even girls at the gum clinic have feelings too, Seven Shade of Grey is a sadder affair, but with nudging beats and synths that swirl like a melancholic colonic. Sounding like a fucking amazing Mel B single that never was, the singer's husky auto-tuned layers officially make her sound like a black former ex-Spice Girl who can just about sing a bit. 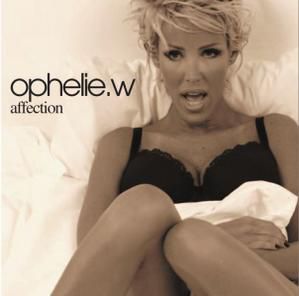 It's not all just bump, grind and abortion clinics you know. First single Affection is a stunning Oriental ballad set to mid-tempo temperatures that Melissa Tkautz would kill for. Cold, sexual, with vocals thinner than Victoria Beckham's self-esteem, and deoderised with musky scents without a trace of dignity, Ophelie's fragility could weaken the most stubborn of hearts drunk or sober. Imagine Heidi Montag upping her game: 'if I treat you like a king would you come home with me?' sets her sights on William and Harry. 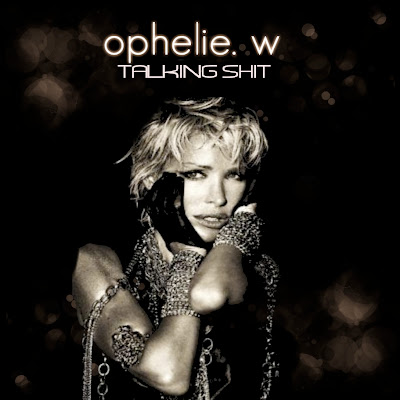 Firmly lodged in Neyo terrain, Talking Shit is tonnes more fun than taking one. The casual but tough-talking chorus heats up with more bounce than Beyonce on the treadmill, and the token black rapper wants us to 'jump on it' anyway.

Above: dental-nazi Ophélie is so bad-ass she uses her collagen and botox needles for emergency floss fixes.

With its title reminding me of a killer hook from a Therese single, Like A Super Star already has a lot to live down to. Jittery electro spurts frame the thorny-yet-plaintive vocals, and I'm torn between this and the Elizee version (this song has been passed around with the salt more than both singers combined!). Winter seems more game for emoting frustrated masochistic grandeur so probably tops the Dutch trash legend, by a fake nail. Okay, several fake nails.

Junk in the trunk:
The best rain samples in a dance song since Set You Free, Back In Buizness is a stark, keyboard-programmed interlude. But why bother? Pop-juice serving Sunshine is an uncharacteristically sober-sounding love song - I like the sleazier fizzy sounds elsewhere, but there is no denying she's a tryer. Going down, Fallin' is even more atypical: bombastic, sampled strings and stuttered urban-chic cliches ('uh, yeah, c'mon', etc). I'm not falling for this crap.

The bottom line:
With the morals of an ashtray, her dramatic commitment to sincerely filthy tunes is nothing short of sophisticated pop trash perfection.