Now I like Sisters of Avalon a lot, it got its singer Cyndi Lauper back to the trash-bin kicking kinetic form of the Money Changes Everything video, tapped into her singer-songwriter aspirations without the uncomforateble autobiographical elements of Hat Full of Stars and cushioned the rest with trip-hop and even one song strays into Eurovision territory.

The witchy-wail of Sisters of Avalon is a near-chanting shoelessly dancing in front of an outside fire kind of ritualistic thng. A bizarre song, but I love it for the way she sings 'reverberating', a lyric she forgot when I seen her live a few years ago!

The silky bedtime lullaby Fall Into Your Dreams is the first time Mark Saunders gets to really put his stamp on things; something the guy might have something to say about in private as publicly he has kindly but tellingly explained that he found the experience of producing a Lauper LP was more than a little difficult and something he would not do again ('LOL'). 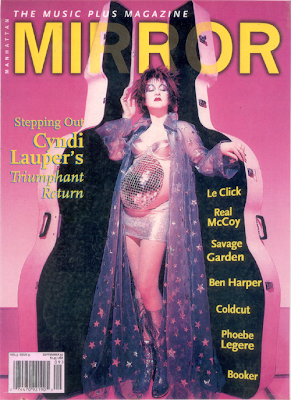 Now here is a song with wide appeal: obviously Cyndi paid tribut to 'the community' (Jesus, I wish she'd stop this term - there is no gay community, 'darl') when she reeled in a claque of tragic trannies for her Hey Now remake; and on The Ballad of Cleo & Joe over-thinks this drag thing a bit, but does start releasing her inner dance diva for the first time. Anyone thinking her 2008 studio set Bring Ya To The Brink was a cynical for-the-certainkindofgays affair should look back to this song here, or perhaps even the Junior Vasquez remixes from the 12 Deadly Cyns era onwards, and reconsider writing Cyndi off this way. The song has a pounding ethnic disco vibe that would happily soundtrack the Eurovision song contest even to this day.

So You Don't Know is obviously meant to be some sort of grimmacing anthem, but it's a bit short of that and symbolises the issue overall: rich textures, but lacking the sheer melodic thrills to beem themselves into the airwaves. It's sweet to hear the Cyndi trademark organ though. 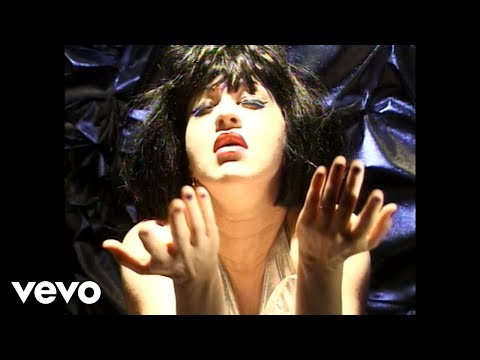 The snarling Love To Hate could be heavier-sounding, but to criticise the production is without knowing what Cyndi had been screaming at Saunders to do with it. A bit of shiny, electric voltage a la She's So Unusual would have gone a long way. Showing glimpses of something amazing, as a tiny criticism, it's just not nearly as grand as it ought to be.

Proving she's more than just a refugee from the 80s, Hot Gets A Little Cold is a Joan Osborne-esque ballad with the token Lauper fragility, drafty strings and the kind of redemptive warmth you get from clutching a hot chocolate in the winter. This would have fit in perfectly with the climate of radio females-with-guitars of the time (Sheryl, Alanis, Joan, Lisa Loeb, et all). However, Lauper isn't some priviledged phonie pretending to have problems - this is simple, effective and easily one of her most stunning songs.

The glum but gorgeous Unhook The Stars is dreamy and seductive: lacking in a tune, it doesn't half sound 'quite nice'. Self-written Searching might not be what I'm looking for, but atmospheric and ghostly echos make it slightly interchangeable with the more haunting Mother. Pop-jazz shadings of the partly spoke word Say A prayer offer a blissfully gentle deviation that no other pop diva of her kind has really tried before (Madonna's Erotica? It's perhaps a bit Secret Garden-lite). Perhaps feeling confident enough in her achievements, Brimstone & Fire suddenly flashes some humour to celebrate. Choice line is her remark about a lesbian touching Lauper's shoulder ('and I didn't even scold her').

For the most part, perhaps Lauper has simply outgrown the big shiny pop of her debut. Instead, she nibbles on mood, wails sisterhood chants, and seductively strums her most unassuming song in years. Her then-second best album!
Rating:
8/10
Posted by Diva Incarnate at 14:26

The World Is Stone was a big hit in France as well!