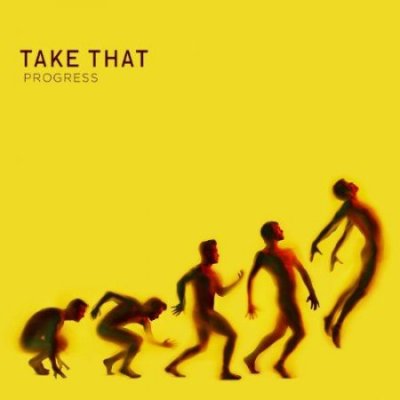 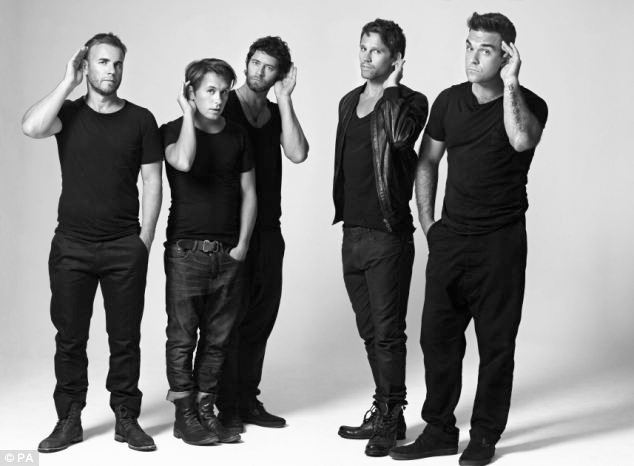 First single The Flood is relaibly Take That Version 2.0 sounding, but doesn't do anything for me. Robbie never had that much to sing back in the day, but if he's back for good then I might have to stay away from sharp knives if I am to make it through this album. A siren of piano keys, bleeps and annoying vocals from Mark and Robbie, SOS is alarmingly desperate and redundant. Pensive 'freestyle' ballad Wait is a cross between Alexia Phillips and a Rude Box reject. Maybe Gary has agreed to this on purpose as a joke: Kidz, really, you're calling your song Kids? It's saving grace is that it is actually very good. Pretty Things is a fragile ballad tinged with tinkly and uplifting synths. Sadly not a No Doubt cover, Happy Now is actually a bit of a stunner: teasing out an anthemic course, I don't even hold a grudge that we have to put up with Robbie's falsetto to enjoy it. More mechanical ego-landing toilet-blockedge from Williams on Underground Machine: it's wonky chorus is going to piss me right off if I ever have to watch the weirdo jerking around on stage performing it. Mark's solo is an awkward apology to his wife for his decade-long affairs that all came out in the press earlier in the year ('I still want to sleep with you' - fuck off). Howard's phlem-beauty on Affirmation is lovely (he has a lisp incase you didn't already know), a light frosting of The Circus illumination. Finally, we get to hear some Gary - as the only decent singer amongst them this is shocking not have more of him. Shame it sucks.

Electro-pop's answer to Barry mannilow, Robbie Williams is back and with his limited gifts tempting the fat pub singer to overdramatize, there was a reason I didn't like Rudebox the first time around. Despite the better songs, his wanting to be some sort of tortured Neil Diamond he somehow comes across as a real made-in-Stoke-on-Trent dick. There are some flourishes of the Version 2.0 elegance to make it worth it (I forgot to mention Jason's sorrowful Flowerbed, a hidden track with a nice ambience to it - the hook is a deadringer for Sinead O'Connor's 'I know your answer already' therefore is gorgeous), but this one overall isn't really for me. 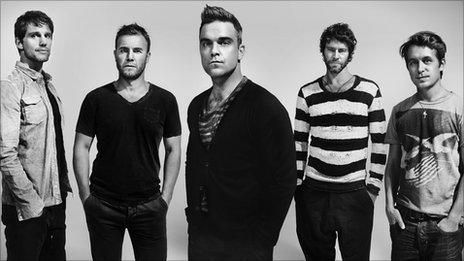 Email ThisBlogThis!Share to TwitterShare to FacebookShare to Pinterest
Labels: Progress, Take That