Bleeding Hell, Alex, Get Your Own Tunes!

Above: On an album that never quite shoots its load, X-Factor winner Alexandra Burke's air-tight songs are sturdy carbon-copied disposable cutlery of other people's tracks.
With all the bad ass attitude of Olivia Newton-John stepping onto the field in her leathers, Bad Boys is a cheery update of Gloria Estefan's similarly titled Bad Boy. Obviously Alex wants a whole football team and one BBD just ain't enough, with Flo Rida dipping it in 3/4s of the way through for an unforgettable routine rap. If Rachel Stevens' electro-dump I Said Never Again was as good as Britney's electro-sizzler Womanizer it would have sounded like this. Good Night Good Morning stems from the same melody-stalk as J-Lo's skimming We're Walking On Sunshine, with sinking in vocals pronouncing. every. word. like. this.

The Silence slices her thick-crust vocal-thrust into Jocelyn Brown mode. A strange mixture of Dina Carrol, The Beloved and E'Voke. The verses are tinged with the melody for those of I Believe I Can Fly.

The appealing All Night's squirming bassline props up a Michelle We Break The Dawn style rainbow-sprouting chorus.

Bury Me is the cover-all-bases Winehouse/Duffy/Mutya/Adele/Solange track and despite the cynisicm is one of the better examples of such divas deliberately choosing their market. In a heap of piled-on pile-bursting club bangers, the tip-toeing 60s piano trail is a refreshing deviation.

The album's strident peak is expectedly fired from the starting blocks of choosey knob-twidlers RedOne, with tumbling percusion and Alex's husky tones are far more agile than the ubiquitous Lady Gaga, but the track does not have its own spine to warrant full-on fawning. Oh, and it's called Broken Heels.

Below: could she have anymore bronzer on those bangers?

The IQ-blaster Dumb is a steam-blowing banger with signposted Rihanna ambitions more obvious than Cheryl in a restroom wearing boxing gloves shouting 'bring that black bitch over now!' like it were 2002-2009 again.

The title track Overcome is evidence that formulaic club stompers are actually her niche: on cue, pre-programmed 'emotive' arrangements that could be any song by anyone else, moaning 'nothing's gonna stop me now / I've been hurt so many times before' at least proves amongst the rubble, here is originality. One would have to be really brainwashed by her F-I-E-R-C-E level of fierceness to actually put this on and pretend you are feeling anything other than faux-humble narcisism double penetrated by ripped-off peices of polystyrene.

Trembling synths sift strings and Bleeding Love style earthquaking drums on Gotta Go (and steal a melody). You can giftwrap presents as lavishly as you like, but if you have got a crap melody then it starts to feel more like a sales pitch. 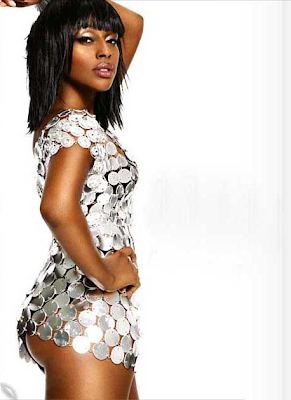 Could It Be Magic style piano keys stutter on the intro to You Broke My Heart, another arm-swinging Mercy style sass that shall soundtrack bored till assistants all over the UK.

Below: with just one BBD finished, poor Alex asks what she's let herself in for.

The elevatoring electronic stimulation of Nothing But The Girl has a decent enough swagger, provoking more 'mmmm, girl' fingerwaving filler, but Alexandra is really pulling this one trick off despite the repetition discounting from the chance of listening to this album in one sitting.

It's Over is a stir-fried electro Bleeding Love - Alex's tampon vocals absorb all the melody from Leona but dries it up into a club jam more spreadable than Dannii in a sling at the X-Factor wrap party. As an 8 stone black woman she sounds like a 16 stone black woman - feirce, bitches, she's fierce! Do you understand Alexandra is fierce? It's not like she has went out of her way to make this point clear - spontaneous this is not, but deliver a functioning set of club slices she does well enough to convince. An adequate debut has been served even if we are being force-fed second-helpings.

Above: the singer tried to pick up yet more left overs before ex-mentor Cheryl.
Posted by Diva Incarnate at 21:02