Madonna - It's So Cool I hold the faith that Madonna's Hard Candy and Celebration albums were simply contractual obligations. Once we get another Like A Prayer/Ray of Light I am sure most critics will get a little softer on her most recent releases. I was never terribly fond of Bedtime Stories initially, but somehow after the double onslaught of her 1998 and Music albums made me want to warm my hands from its gentle slow burning tracks, I grew to hold up moments such as Survival and the intro to Don't Stop as iconic. 4 Minutes is one gigantic skidmark, but at least it was a hit and I always frantically unplugged my headphones out from my mp3 player and into the treadmill I was running on whenever it came on the screen - it does have adrenaline to it. I also like Heartbeat, but felt my ears bleed with her frail straw-sucking vocals. 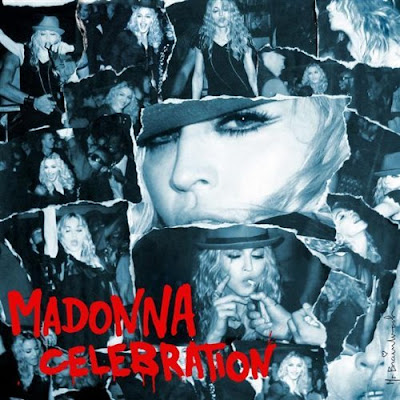 The point of Madonna is not just to be successful or to look good - I actually like the way she sounds! I hate Annie Lennox's Sing and yet Madonna's vocal saves the day. And so with anticipation of another artistic 'comeback' I know there will be one shining light from the Celebration era that will help my inevitable 'you know, it wasn't that bad when you think about it' arguments.

It's So Cool is a thumping sarcastic dance throb - Madonna's milky-but-stern vocals certainly are still as witchy as her 'let's join the party - yeah' dry-purging cougar routine, but this bonus track works well making her sound enigmatic and commited to a decent melody. Even though I love the glamour to the original Celebration's wave crashing trance, this track is so much more substantial and like all the songs making her discarded eras essential for revisting, it is an unassuming gem.

Email ThisBlogThis!Share to TwitterShare to FacebookShare to Pinterest
Labels: Celebration, Hard Candy, It's So Cool, Madonna