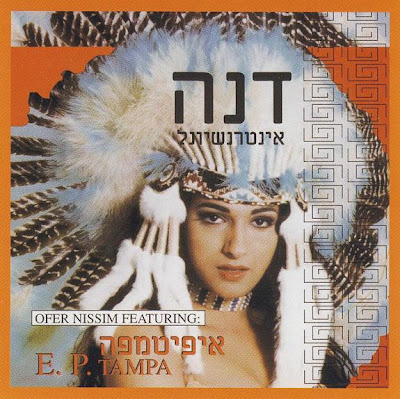 Released in 1995, Dana International's third release was a stopgap project called the Tampa E.P, which was comprised of various remixes and two new recordings, including one with the guy who later wrote her Eurovision winner Diva. An enchanting set, the singer is on exuberant form milking her fans as she bides time until her next studio album a year later.

01. Ani Rotza Li-Chyot (I Want To Live)
A speedy trance skimmer that boasts the singer's most skillfully female vocals. The melodic structure is spread wider than Dana on the operating table, but posseses her otherworldly passion and has a sensual wail to make it worthwhile. Extinguishing synths set the tone for the tranny's unmistakable eccentricity to get fully erect elewhere.

02. Mi She-Lo Roked - Omed (The One Who Doesn't Dance - Stands)
Featuring Diva-writer Svika Pick, anyone expecting something equally as epic shall be disappointed. The male vocals do not work, which is a shame as I love the primitive piano keys and glossy production varnish. 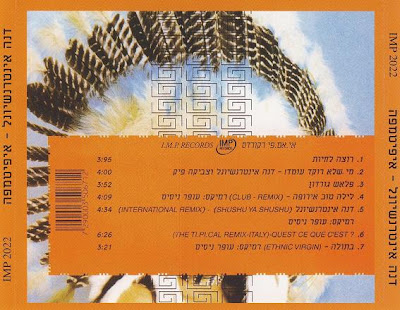 03. Flash Gordon
Theatrical cajun house-trance scorcher that is similar in elemental aesthetic to Billie Ray Martin's Your Loving Arms, but much more volcanic and nowhere near as melancholic and elegant. A scrappy chorus doesn't hold back any punches, this was my 'getting ready' anthem back in 2004. One of her most direct-sounding anthems, rather like Diva.

04. Layla Tov, Eropa (Good Evening, Europe) (Club Remix)
This was Dana's first attempt at Eurovision glory, which she eventually performed when Israel hosted the event in 1999 following her victory the previous year. The heavy weight and mindless pace would never have fortuned the singer a Eurovision victory, but the grandiose vulgarity is still rewarding in a deliberately ironic manner.

May I have your attention please,
All passengers in flight number 606,
Please go to gate number 42

A teetering disco suspence is created and Dana soon does her air hostess duties as a Morroder bassline glides through the air (sound familiar, Kylie?). The moment one realizes the similarities it is fucking shocking. Dana's wild sexuality is as bonkers as ever, and the ethnic strings and shrieks would never have found a take off the way Kylie's blatant rip-off did, but does Kylie have the guts to sing 'I'm eating pussy'? No, she does not.

Ladies and gentlemen, attention please,
5 minutes before landing,
No kiss kiss,
No Miss Miss,
and no business allowed

06. Qu'est-Ce Que C'est? (The Ti.Pi.Cal Remix)
Dana literally sounds like a cock on this one - crowing invented French like a cockerell that is. The remix is far too sparse for my taste, but as a dub it has got as much juice as you can ask for with Ms. International's wanton wailing igniting the most fire.

07. Betula (Ethnic Virgin Remix)
This remix is not quite as much fun as the piano-trodden original version, but Dana still sings a verse of Suzanne Vega just to get the musical purists off her back for a second. The sweltering strings are a lighter and less rampant climate for what is probably the most unassuming melodic ascention in her whole highly cluttered catalogue. Overwhelmingly sumptuous, the groove is glorious and one actually experiences the careful sensation that Dana is hypnotizing them. The flustered rap is coy and convincing.