Throbbing hearts by the thousands, Adam Rickitt's middlefinger-to-Jesus anthem I Breathe Again is one of 1997's forgotten dance classics, a testosterone-seeping counterpart to Dannii Minogue's All I Wanna Do and Alexia's The Music I Like. His sole top 5 single unleashed a string of follow-up flops and an album Good Times of which teased the top 40 by peaking at #41 in the UK whilst the singer himself teased gullible gays with a lot of fake tan andhair products, not to mention teenage girls who were too daft to smell the KY.

Fever sweats on I Breathe Again, seeking love's ecstacy to hit his veins. Just like Dannii, he's a complicated malcontent whose narcissistic cynicism can't quash the plaintive capacity for pensive euphoria and pining rebellion. Diana Ross would have killed for this crap.

Rickett cuts out the middle man by sounding like 1999 Enrique without even needing a Metro remix to sound danceable. Opening through to which all that is vaguely solid melts into aether on Everything My Heart Desires, which manages that glistening Gina G/No Mercy/Enrique level of scintilating dance-pop authority. 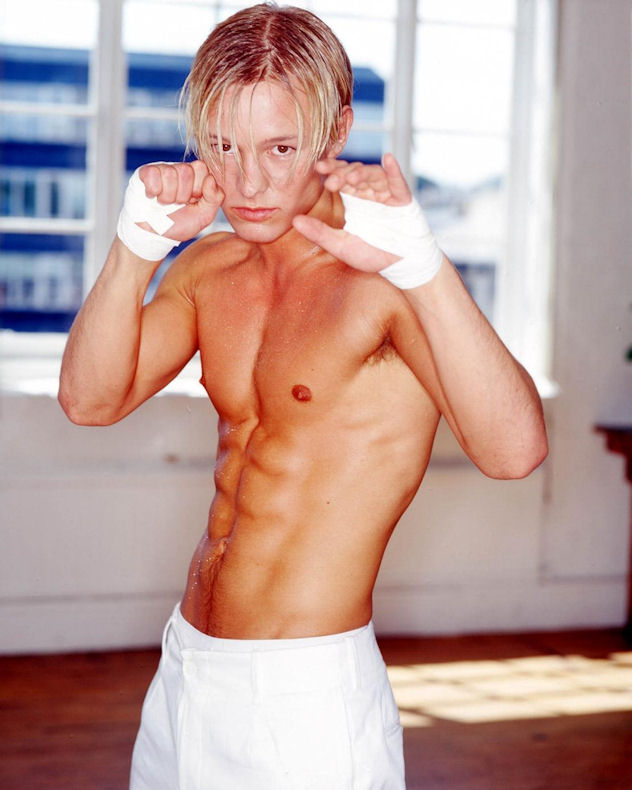 Pedestrian disco diversion Good Times is splashed with piano keys and lisping good cheer. Synthesizing insecurity and hopelessness, the post-dance fatigue of I Can't Live Without Your Love is fluidly feel-worse affirmation. Later on, his vocal stealth on Give Me Your Heart is just as calm but not any better.

Euro-dance gloss gives good coverage on You Make Me Believe In Love, which has more rapidity to its grooves and returns the favour with a hook he's polite enough to gulp down several times until fade. Mild latin-spiced dance cut Time Is On Our Side believes in the future even if sales were harder to come by.

D:Rream-able The Best Thing sounds like Get Up & Dance era Gina G or even Lisa Scott-Lee's slew of floptastic top 20 singles. The muffled disco sounds of the bridges are stellar touches on top of an unsupressed vocal expidition. However, all these reassurances and I am starting to think that his apparantly joyless girlfriend is a needy cow in need of a few home truths - clearly the song should be called I Think The Gym Might Be A Good Idea (We Can Go Together If You Like).

Hold On Love doesn't quite deliver the full facial to make it worth it, even if it is solid but hardly pounding. With its contemplative sensibility, Heart And Soul samples the bombastic bass-whallop from the Jackson 5's Can You Feel It almost as vividly as The Tamperer (review coming soon) did the following year.

Quiet storm of disorentating late 90s trance temperatures, Touch Me evokes and encapsulates simultaneously, recruiting the best backing vocalists money can't buy. It's hard to tell if a woman is giving him goosebumps or he just needs a cardigan. Radiating hetrosexual masculinity, whispering 'touch me' encourages even other men to join in. The comparatively stripped back dance number Take You High's unrelenting thump doesn't bruise anywhere but does have lots of beats. He's not a big guy so don't expect much damage if you're up for that sort of thing. Japanese bonus tracks include: the bubblegum Pet Shop Boys sounding Dreaming; twinkling Stars Are Falling, which taps into Peter Andre syrup; and You Got Me Good channels his inner Aaron Carter.

Verdict:
Music that taps into the disturbingly undiscovered undertow of late 90s dance-pop, I Breathe Again is an uderrated classic that penetrated the UK top 5 and the album settles into the environment well with only a few glum exceptions. Attuned tightly to bubblegum techno, tracks such as the immersive Everything My Heart Desires, the deep strokes of You Make Me Believe In Love (which compete with Tearing Up My Heart for boyband dance-pop par excellence), and Time Is On Our Side (wherein he hits his vocal stride) all share an intangible dancefloor clatter and unequivocal affinity for the high. Worth being subjected to for fans of the time-forgotten genre.