Warning: this is not a classy post, and ever-so contrived - I'm going back to my roots! I also get far too carried away for my own good.

With a voice that oozes like crusty puss from places I can't even begin to imagine, Melissa Tkautz peels away the flakes and 'fakes it better' than anyone on her unreleased MASTERPIECE Glamorous Life that was meant to botox her name on the forehead of pop history back in 2006, instead injecting herself as mere footnote fodder at best. Illuminating the dark side of sleazy pop, her paper-cut vocal pressense asserts itself like a pen with no ink - leaving little trace, it's still a sharp device she can use as a weapon defensively or otherwise. Sheila E. classic The Glamorous Life is given the trash treatment it always deserved. Sighing her lungs out, she rides on top of a slalom slurge of guitar dredges, pumping drumbeats and unmistakable conviction.

Denying haters outright, raunchy guitars smear thicker than her slap on Fake It Good. Slurping lyric of choice 'if you feel it come, drink it up' is a single-entendre with a salty after-taste and the satisfaction of all my favourite NBA locker room fantasies. Absorbing a fizzy electronic serum, Mel breaks out in a rash of 'so what' put-downs. Sounding bruised and rouged has never seemed so, well, glamorous. 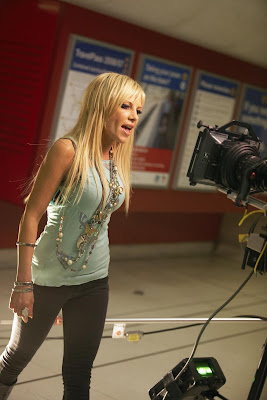 Shocking AIDS anthem Easily Infected is too un-PC for words. A tantalisingly hot tempo provokes a gang of thumping beats to ravage her, temptation waits with every thud getting that little bit deeper than you thought you were prepared to go, and the sharp flamenco guitar strums flick faster than Melissa watching herself in the mirror. Just wait until you get your next STI test and try not humming this with nervous guilt and horror. A scintilating car-wash of synths hydrate Mel's finite vocal matter, but the girl might just need a good 3 minutes with a wet-wipe instead. Getting greedy, Not Enough is grime-time set to a stunning disco eclipse of all care and is surprisingly classy. Pulling all the disco strings, Melissa is pinching herself with vibes more cleansing than a well-planned colonic (last minute ones can just have the worst 'follow-through' consequences I have been told). The forthright track gets damp with intended soundeffects, and then Mel just continues to whimper emotionally. 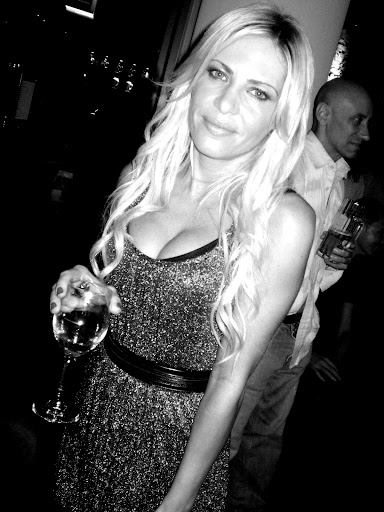 Emotions are purged and flushed on the decisive taunt of Lies, a taut electro pledge to cut out all insincere debris with breathlessly passive contempt. Finding the time to have feelings, Breakway surrenders masochistic tendencies. It's not long before a dance-groove begins to simmer from down below and pulsate Sinewy burst of curiosity Gotta Know second-guesses a mysterious lover, and an agrivated bassline zips up and down faster than her knickers doing the same. 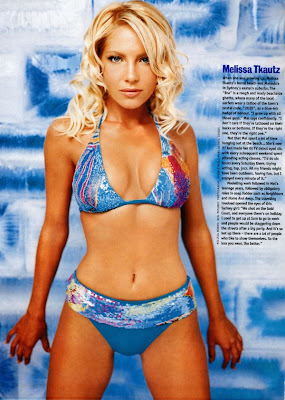 Serial dogger Melissa soon begins an elegant man-search on the dancefloor declaration True Love, which is her K-Lo/Tina-C/L-Fab moment for conciencious cruising. Piano spillage, galvanizing bass, passive forlon belting and thumping disco create a cocktail impossible not to guzzle down in one go.

Paul Okenfoald classic Southern Sun is such a wise choice to cover. Jagged electronic guitars fence around Melissa's refusal to even attemp the operatic key of the original, instead interpreting the emotion with a frightneing sense of restraint. Those slithering synth lines are as appealingly haunting in any guise, and Mel sinks her slinky velvet vocals with lubricated ease. 'Sex me free' seeks emancipation from vocal limitations via fucking for track. Maybe.

Getting the funkay house treatment, nimble disco touch-up All I Want (007 Remix) is a perky number injected into the throbbing veins of Lisa Scott-Lee, Sarah Whatmore, pastiche-junkies Alcazar and top-40 flunkies Atomic Kitten. It manages to blow most of those contemporaries to smithereens.

Above and below, probably below, Read My Lips (Electro Pusher Remix) applies some honking-electro gloss with an even coverage of smirking harassment coming from Mel's inner Mel B. This could only feel better if it were an Alex Party application. As it is, dripping with gorgeous disco strings, it's bursting with an appeal all of its own.

Verdict:
I absolute adore this album and honestly have died and gone to heaven with it. Mel doesn't mince her disco, this is straight up wanton trash galore. Thumping disco, guitar bruises and blunt lyrics are her high-value currency, but despite the studio thrills, it is Mel herself who superficially exerts full control with a seemingly courageous inability to justify it beyond celebrating and dissing matters of the flesh. There is not one dud here, just thuds and studs. Perhaps the defiantly insular nature of dance music that dares to articulate different shades of sexualised dancefloor lust just isn't considered classy enough for the charts. Just ask Holly Vallance and Colleen Fitzpatrick. Fans know this of course. Perhaps, for the (generalised) gay fan, it is the thrill of hearing a woman's desire for the hot straight guy we all know she can get with just one click of the finger, accidental condom drop or drink-spillage down a top. 'Our' own world left to draw parallels with the toying sense of irony or intentionally self-dramatizing fascination with one's own emotions and image. The music has to be good for sure, but dance-pop with a kink delivers sensations that are arguably drawn from interpreting the image in vicarious terms whether intended or not, and usually they are embraced by the performer in various ways. Conversely, 'we' like the music regardless of appearance, but it is a tangible layer of experience worth mentioning whether it's a fact or not. Respecting the conventions of the genre, Melissa Tkautz is that curious case of floptastic singer producing an album that makes its splash without adhering to social responsibilites, which gives it the added pleasure of rewarding far greater than ever could have been expected. Somehow, a 'nobody' commercialy-speaking, for me at least has just managed to stir up waves far greater, usurping and obliterating than the work of many of my so-called favourites have in recent times. Functioning unquestionably via an aesthetic mission, I don't regard myself as an escapist - Mel does not equate her own self-preservation with complacency. Undoubtedly contrived, but remarkably unforced, I am blown away by this.