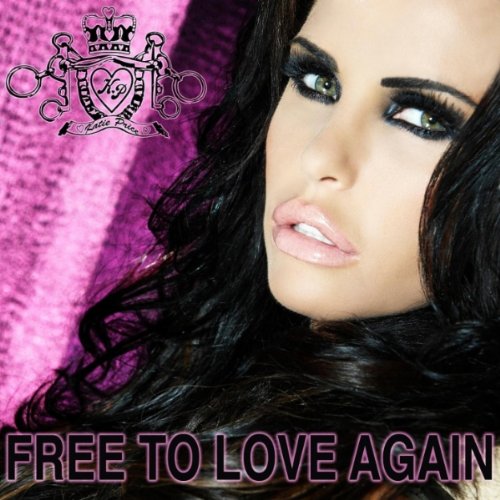 At last, a pop star called Katie who has some potential. The botched attempt to enter Eurovision in 2005 from Katie Price will go down as one of pop's biggest events since Vanilla blagged their way onto Top of The Pops after their debut single No Way No Way managed a second week in the UK top 20 back in 1997. The uber classy originality-anthem Not Just Anybody was a slightly unbalanced-sounding stumble around the dancefloor, which was perfect for the visuals of a heavily pregnant ex-glamour model wearing a pink leotard chaffing about on stage with fauz-lesbian dancers writhing around her and trying not to pull faces. The event was so huge I somehow managed to forgive the superstar, author, model, tv star, businesswoman, woman, mother and wife for suppressing Gina G's last hope with the even more lightweight dance cut Flashback (part me died a little at just how bad that song was).

But now she is back with a new actual-dance single bravely titled Free To Love Again and the clip already streaming is absolutely epic, butchering the whole mid-90s Bananarama sound and giving it some much needed hardboiled personality.
Posted by Diva Incarnate at 07:10

Email ThisBlogThis!Share to TwitterShare to FacebookShare to Pinterest
Labels: Free To Love Again, Katie Price, Not Just Anybody